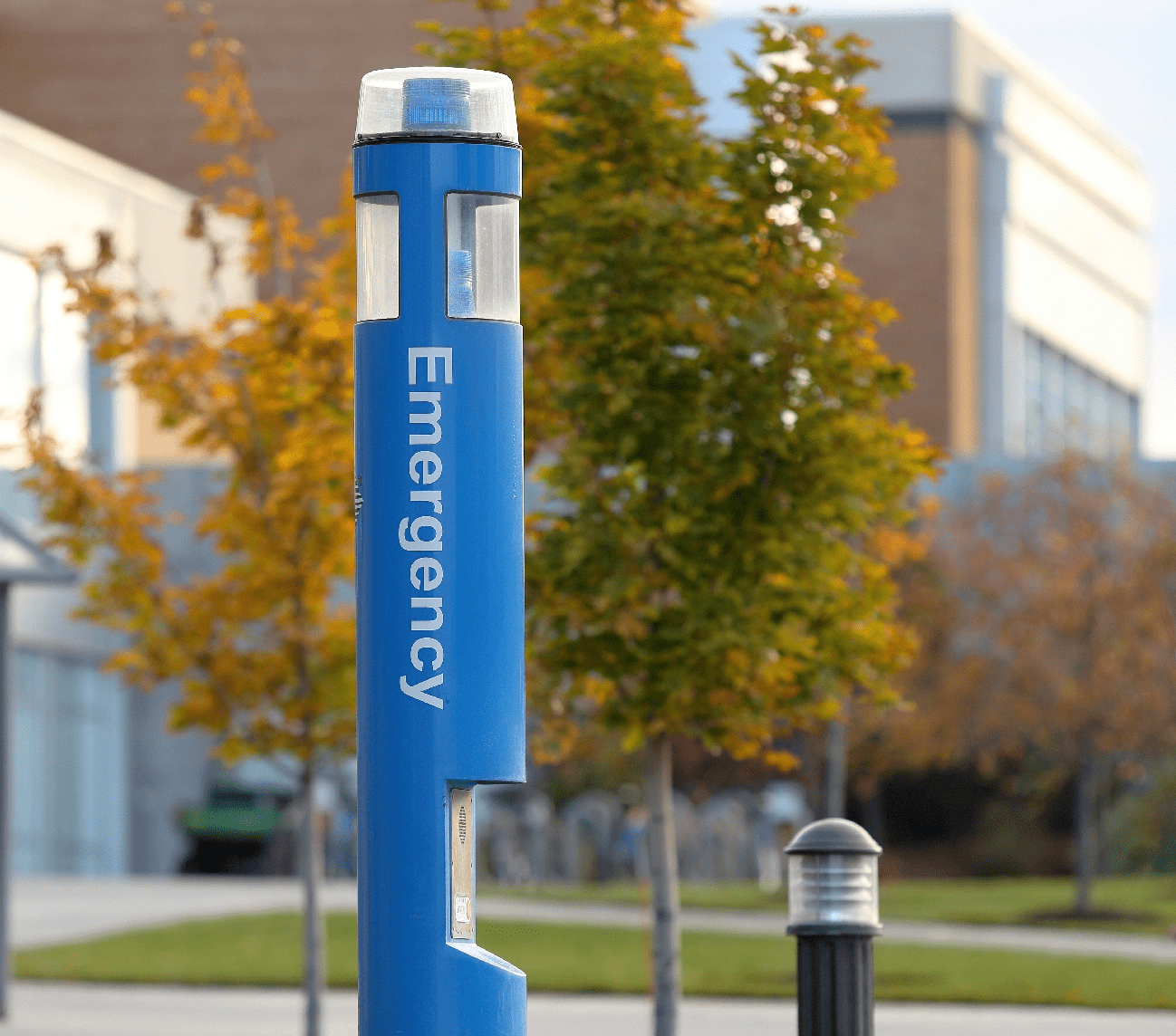 Missouri Science & Technology is part of the University of Missouri System with 8,100 students and 1,400 faculty, staff and vendors.

Encouraging and ensuring campus community members actively participate in their safety can be challenging for some higher education institutions. Some members may be reluctant to approach campus safety officials, while others might be unsure how to reach them when an incident occurs.

Law enforcement officials at the Missouri University of Science and Technology (Missouri S&T) have strengthened their relationship with the campus community by employing new technology, including Rave Guardian.

“I’m a dad of a college-age student so I know my daughter does everything with her phone,” said Doug Roberts, Missouri S&T’s police chief and director of police and parking operations. “I thought why can’t I use the technology that she has with her so our local constituencies can communicate with us as they go to someplace safe.”

Missouri S&T is located in Rolla, about 100 miles from St. Louis and nestled in the Ozarks. Approximately 8,100 students attend Missouri S&T, while about 1,400 faculty, staff and third-party vendors are employed at the university.

Roberts spoke to others in the campus community and heard about Rave Guardian, a custom-branded personal safety app, that would enable community members to quickly communicate with the University Police Department. Missouri S&T became the first UM System school to test Rave Guardian with its campus, and the mobile app was the first component added to a new enhanced security system at Missouri S&T.

“We tied it into other security features we have, including cameras and enhanced foot patrols, that get us more involved with the students and increase our visibility,” said Roberts, a retired U.S. Secret Service agent. “With these components, you tend to have more buy-in with the campus. When the campus buys in, they start supporting you and your methodology. They let you know when they see things that are suspicious. Providing them with the Rave Guardian app as a way to communicate with our department seemed very beneficial.”

“We wanted to explain to them that using their own personal cell phone was much more appropriate to contact 9-1-1 than running to a security phone, calling 9-1-1 and then waiting for law enforcement to respond,” he said. “I tell them ‘I would rather you go someplace safe while you’re still initiating a phone call to law enforcement.’”

Even though blue light emergency phones were located around the campus, Roberts pulled the metrics and noticed they were rarely used. “They gave comfort to the parents, but the fact is the blue light phones weren’t practical with all of the smartphones out there. Everyone visiting our campus had a smartphone,” he said.

“The appropriate use of our money was to put it towards a product that would be easily accepted and used.”

“The parents started to understand what we’re doing and they in turn would make sure their kids would sign up for the program,” he added. “It’s more of a tool for the moms and dads because they know we care about their kid. We’re thinking ahead for problems and we’re protecting their kids using technology they know is relevant. Again, as a dad of a collegeaged student, I know what these kids are thinking. I know what the parents are thinking.”

As part of their strategy, university law enforcement officers hold presentations in front of student groups, including athletics. They also put information about Rave Guardian, safety and security on the University Police Department’s Facebook page, as well posters around campus.

For the students, the biggest draw to the app is its Safety Timer. The Safety Timer allows community members to inform friends, roommates or law enforcement officers when they’re leaving a destination and approximately how long it would take them to their next location. For example, as a student crosses campus from the library to a residence hall, a friend or roommate will receive status and location updates as they arrive. Roberts also encourages students to use Safety Timer with their parents as they go back home.

The University Police Department put in campus safety numbers, video safety programs and other information in the app’s call and content directories. Even if a smartphone dies out or loses service, members of the campus community can still access this information.

“We tied it into other security features we have, including cameras and enhanced foot patrols, that get us more involved with the students and increase our visibility.”

The UM System later rolled out Rave Guardian to the other campuses. As the campus community used Rave Guardian, the Missouri S&T University Police Department saw an increase in incident reports.

“We’ve had more suspicious activity, crimes in progress and those that already happened reported to us,” Roberts said. “We have a lot more reports going to our department with the text feature. This is key to the whole program and why it’s so successful.”

During a recent three-week period, there were 111 instances of Missouri S&T campus members using the Safety Timer, and 91 times they used the text feature to speak with law enforcement officials. The University Police Department also received three emergency calls through Rave Guardian, while 40 tickets were submitted through the mobile app’s call directory.

Students are also encouraged to use Rave Guardian outside of campus. “We encourage our users if they’re walking some place to have the app open even when they’re out of the city,” he said. “They press the 9-1-1 button and get the closest 9-1-1 center. We talk about the value on the campus, but also the value when you’re outside of our city.”

Through its efforts to incorporate emerging technology, including Rave Guardian and cameras, into current policing efforts, the Missouri S&T University Police Department was recently named to the National Campus Safety Summit’s Safe Campus Top 25 Award. Colleges and universities are honored for making a difference in student safety. Missouri S&T was the only school in the UM System selected.