With Rising Hate Crimes, Here Are 3 Ways to Protect Your Community 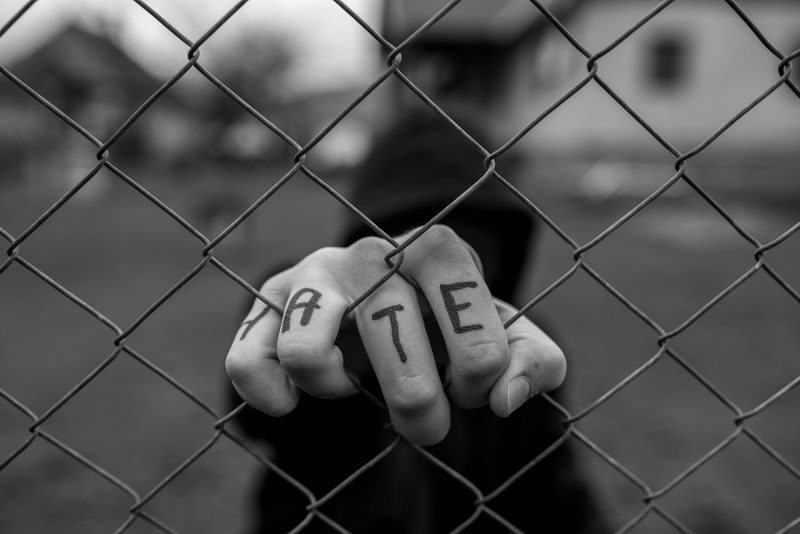 In 2019, hate crimes in the United States reached the highest level in more than a decade, with federal officials reporting the highest number hate-motivated killings since the FBI began collecting data in the early 1990s, as per AP News. These alarming statistics emphasize a need to reprioritize anti-hate efforts, and for government officials looking to protect their communities, there are three essential communication strategies that can prevent and mitigate hate-motivated violence.

The FBI’s annual report defines hate crimes as being motivated by bias or prejudice of a person’s race, religion, sexual orientation, or other identity category. The agency classifies incidents of hate crimes as vandalism, theft, intimidation, assault and murder. The FBI annual hate crimes report for 2019 showed that the overall increase from the year before was small - approximately 3% - but offenses were more violent than in prior years. Also, the report concluded three consecutive years with more than 7,000 hate crimes reported, which hasn’t happened since 2008.

There were 7,314 hate crimes in 2019, up from 7,120 the year before. The report documented 51 hate crime murders in 2019, which included the Walmart shooting in El Paso, Texas. The suspect was charged of both state and federal crimes in the shooting, which occurred in August of that year, and also injured dozens of people. Authorities classified the shooting as a hate crime murder, with the assailant attempting to scare Latino residents into leaving the United States.

The data shows that there was a 7% increase in religion-based hate crimes, with 953 reports of crimes targeting Jewish institutions or people in 2019, up from 835 the year before. "The 2019 increases in hate crime were far more precipitous among the most violent offenses – homicides and assaults; those directed toward certain target groups, like Jews and Latinos; and in some of the nation's largest cities,” The Center for the Study of Hate and Extremism concluded.

Why Are Hate Crimes On the Rise?

While some of the 2019 increase may be due to better reporting by police departments, law enforcement officials and advocacy groups alike conclude that hate crimes are rising. In fact, there are indicators that these statistics are underreported. The FBI relies on voluntary reporting from more than 15,000 participating law enforcement agencies across the country, as per NPR. In 2016, an investigation found that patchy reporting undercuts the national hate crimes count, finding more than 2,700 police and sheriff’s offices had not submitted a single hate crime report for the FBI’s annual crime tally over the past six years, as per AP.

Even so, government officials, advocacy organizations, and emergency managers believe the FBI report serves as an accurate bellwether for hate-motivated crime in the United States. Many factors might be contributing to hate crime increases in the United States, but the most likely source is an internet-propaganda feedback loop. Many perpetrators of hate-motivated violence had been radicalized online - including the attacker who killed six people at a Sikh temple in 2012, the man who killed nine black parishioners in Charleston, South Carolina in 2015, and the shooter who killed 11 elderly worshipers at a Pennsylvania Synagogue in 2018.

Michael Jensen, who led the study on hate crime offenders at the University of Maryland, noted that data shows hate crimes tend to cluster around “big political movements" as well, as per NPR. There’s also typically an increase in election years - this proved true in 2008, 2012, and 2016. The study also examined the profile of mass casualty offenders, looking at how education, work history, criminal history, substance abuse history, mental illness, domestic violence history, and other factors might be indicators of hate-motivated violence. This data can be used for threat-assessment programs that identify high-risk individuals before an incident occurs.

3 Ways to Protect Your Community From Hate-Motivated Violence

There are proactive steps government leaders can take to protect their communities from hate crimes as these incidents rise across the United States. These incidents, which include theft, vandalism, and physical attacks, are detrimental to all community members.

Prevention is the first step to addressing hate-motivated violence; government officials should communicate frequently and clearly that hate will not be tolerated in their community.

Additionally, governments can prioritize and invest in threat assessment programs. Threat assessment is a violence prevention strategy that focuses on identifying individuals who might commit a violent act, determining the seriousness or credibility of the threat, and developing intervention plans that include the protection of potential victims and address underlying concerns that might have instigated the threat, such as dangerous internet forums.

An anonymous-two way tip reporting tool can help identify issues before it's too late. The system allows individuals to report suspicious behavior or concerns without fear of retaliation.

Many communities could benefit from improving emergency response times in the case of a violent incident. A panic button app can add an extra layer of safety across a jurisdiction; protecting public or private spaces such as government buildings, places of worship, or other community centers. It’s become apparent from attacks in recent years that during an emergency, seconds matter.

The panic button app can instantly communicate emergencies to 9-1-1, on-site personnel, and first responders, along with critical facility or location data. The one-push activation initiates fast response and real-time collaboration with on-site personnel.

9-1-1 teams, first responders and emergency managers can use other powerful tools to enhance situational awareness and more importantly, handle, dispatch and respond to emergencies more efficiently and effectively. The Rave 911 Suite provides several features that could benefit teams responding to hate crime emergencies, including:

On-site coordination is also helped with a tactical incident collaboration system, which allows teams to make life saving decisions quickly during the initial critical moments of a crisis event. Emergency response teams can better mitigate the harm of an active attack by ensuring all key resources can be found and implemented when the unimaginable occurs.

Learn how Rave can help you protect your community and enhance citizen engagement.

How do Businesses Avoid Bringing Back Exposed Workers Too Soon?

In early December, it was widely reported that the Centers for Disease Control and Prevention (CDC) had changed its...
Read More

How do Businesses Avoid Bringing Back Exposed Workers Too Soon?

How to Manage Shift Vacancies as More Offices Reopen

What are Desktop Notifications for Business?

Protect Your Community with Rave

Trusted by over 3,500 communities and agencies across the U.S., learn how Rave's comprehensive safety platform can help protect your community.