These Communities Have New Reasons to be Thankful For This Year 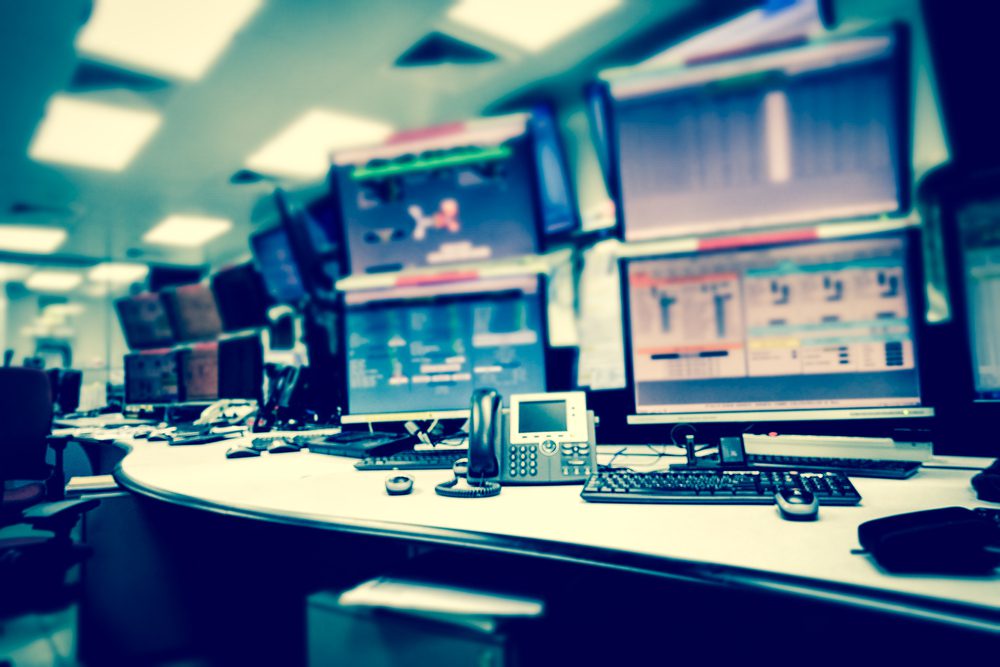 Thanksgiving is a day to remember and appreciate all the people and things in life that we are grateful for. One thing is for certain, we are always thankful for those who put their lives on the line to help others. Particularly, all of the first responders - whether a 9-1-1 dispatcher who is the calm voice on the end of the phone or the first responders who reassure and often save individuals when responding to an emergency.

This Thanksgiving we want to take some time to thank and share our appreciation for the 9-1-1 telecommunicators who - in times of uncertainty and fear - are able to keep callers calm and responsive, provide responding police, EMTs and fire personnel crucial information when arriving on scene and so much more. Whether it be helping lost hikers, saving a choking baby, or providing critical information during an active assailant emergency, 9-1-1 telecommunicators dedicate their lives to helping others.

Here are six heartwarming 9-1-1 telecommunicator stories out of several U.S. locations that give us a reason to be thankful this year:

A local dispatcher aided four police officers in arresting a mass shooter from a Bass Pro Shop. By the time officers arrived -- the suspect had fired more than 40 rounds from three different guns and retreated to his SUV. The dispatcher was able to provide the arriving officers with the necessary information as they approached the scene. Other 9-1-1 calls came in as well as request back-up from neighboring agencies. The police officers were later awarded merit service medals and the dispatcher was recognized with the Outstanding Civilian Award.

A panicked mother called 9-1-1 because her 3-month-old was choking. The 9-1-1 telecommunicator was able to calmly offer support to the mother until the police were able to arrive. Officers were able to perform back blows and then a finger sweep of the baby’s mouth to clear her airway. She became alert and began breathing again. Amazing teamwork!

A frightened father called 9-1-1 when his wife was in labor. They were unable to make it to the hospital. The 9-1-1 telecommunicator was able to walk the father through delivering the child using Emergency Medical Dispatch protocols which included how to support the baby’s head, checking the umbilical cord and how to tie off the umbilical cord. The dispatcher was able to keep the family calm until the fire department arrived.

A 15-month-old girl suddenly stopped breathing while at home with her parents. The baby had spiked a fever and suffered a seizure. The parents quickly called 9-1-1 where the telecommunicator was able to instruct the parents on how to perform CPR as they waited for help to arrive. The panicked parents needed the guiding hand of the dispatcher to center themselves and begin CPR. Less than a minute later, the baby was breathing again. The parents are forever grateful for the calm and collected dispatcher who was able to help them during one of their worst moments.

The city of Batavia recently recognized a former dispatcher for almost 30 years of service. The dispatcher was honored during a City Council meeting for his three decades of service. He was able to support the city in multiple ways, from being a mentor to younger telecommunicators to helping with transitions to new locations. While budget cuts due to COVID-19 ended his career a little differently than expected, the city is forever grateful for all the support he has provided to police officers, firemen, and the community.

A couple out on a hike wandered off a trail and were lost in the forest. The thick woods and swampy areas hindered their ability to find their way back. As the sun started to set, they called 9-1-1 for help. For more than an hour, the couple listened and followed the dispatcher’s directions as he tried to lead them out of the woods while using their RapidSOS location data. The dispatcher was able to safely lead the couple over the phone to the waiting sheriff’s deputies who were able to give the couple a ride to their car.

Technology Tools that Help 9-1-1 to Do Their Job

During an emergency, having helpful technology tools to assist and help provide the best emergency response possible can be crucial. Comprehensive 9-1-1 solutions provide 9-1-1 teams, first responders and emergency managers critical capabilities for handling, dispatching and responding to emergencies.

Features such as live video streaming and two-way texting, secure and useful caller notes, critical facility information, and accurate resident data on interactive maps can make a world of difference when responding to an emergency.

No matter the issue, when you call 9-1-1 there is someone who cares about your safety and wellbeing on the other side. Local telecommunicators go above and beyond to keep their communities safe in times of need, and for that, we thank them wholeheartedly.

Learn how the Rave 911 Suite can be used to enhance your community's emergency response.