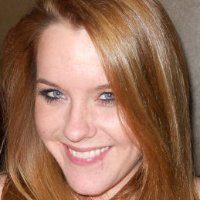 The 2018 Rave User Summit will take place in Denver, Colorado on April 16 - 18, 2018. There’s still plenty of time for you to sign up for the event and take part in critical discussions about the state of public safety and how Rave’s products can continue to provide solutions.

If you’re unfamiliar with the Rave User Summit, it’s an opportunity for our customers and industry leaders to provide valuable product feedback, share use cases and best practices, and take part in peer-led discussions. Rave users help us improve the work we do, and our success widely depends on our customer communication. This gathering is also an opportunity for you to network with other professionals striving to achieve a similar goal. Those attending the event span across multiple industries, including state & local government or administration, higher education, healthcare and the business sector.

What other opportunities will the 2018 Rave User Summit offer?

There will also be the chance to listen to nationally recognized leaders in as they kick off each day with meaningful presentations, hear from industry experts, and participate in "Guru Lounge" sessions with Rave product experts that will open the discussion for critical feedback among existing products and those products still in early development.

Last year, guests at the 2017 Rave User Summit in Atlanta Georgia, documented their experiences on social media. In addition to exploring the city, Rave customers and team members tweeted out their meetings with colleagues, the panels they attended, and even some of their extracurricular activities around the city.

There were a few attendees who were casual tweeters throughout the event, sharing pics from around the city or highlights from the panels. However, when Rave challenged guests to see who could tweet the most during the event, and our customers embraced the competition. It was a close call, but Nicola Tidey (@nicolatidey) and Mitchell Burmeister (@mitchburmeister) tweeted the most throughout the weekend.

Here are some top tweets from last year’s conference:

1. Sasha Vargas-Fimiani, a Charleston County Consolidated 9-1-1 Center Public Educator, shared pictures with members of the Rave Mobile Safety team. The conference is a unique opportunity for Rave to connect with customers and hear their feedback. Vargas-Fimiani wrote on Twitter: “Super excited to attend this year's #RaveSummit #Smart911 #SecondCounts”.

2. One of the highlights of the 2017 Summit was an event-wide game night. This guest took a pic of Connect Four, and wrote: “Game night was a blast! #RaveSummit”.

3. The Rave Mobile Safety team stayed focused on the issues throughout the 2017 summit. Here is a snap of Director of Digital Marketing Devan Weed at last year’s event. Robert Stahelin, the Rave Mobile Safety customer who caught the marketing team in action, and captioned the photo: “Do you appreciate attention to detail? Good, so does #ravemobilesafety and the marketing team #ravesummit”.

Do you appreciate attention to detail? Good, so does #ravemobilesafety and the marketing team #ravesummit pic.twitter.com/tOFJV3wDCh

4. Nicola Tidey, the Director the Emergency Communications Center in Orange County, Virginia, had only good things to say about panels at the 2017 User Summit. She wrote: “Great ideas and feedback over the last 2 days. #RaveSummit”. We love to hear from our customers about their experiences with our products – check out Nicola Tidey’s blog about how Orange County stays one step ahead with community engagement for public safety.

Great ideas and feedback over the last 2 days. #RaveSummit pic.twitter.com/15I5OMZ4ay

5. Speaking of Rave Customers, Mitchell Burmeister made it a point to get in as many selfies as possible. How many selfie memories will YOU make with new colleagues and friends at this year’s conference?

6. Burmeister was one of the social media stars of the 2017 User Summit, and this hilarious Miley Cyrus reference is the definitely worth noting. Let’s hope Miley filled out a Smart 911 Safety Profile!

7. Rave customer Susan Guernsey points out that everyone can benefit from downloading a Rave Mobile safety app – including Punky the stuffed bear! (If you count Punky as an important member of the family, include him in your Smart 911 safety profile as well).

Punky wants her own phone now just to get this new Rave ap. #ravesummit pic.twitter.com/yZ95VJiEDL

8. There were plenty of informative sessions at last year’s summit, but Samir Saini kicked off the weekend with a with a powerful speech about the smart city concept and the power of actionable data. What topics would you like to see addressed during the 2018 panels?

ACTIONABLE DATA IS EVERYTHING. Samir Saini giving a powerful speech about the #SmartCity concept to kick off Day 2 of the #RaveSummit event! pic.twitter.com/6gWUABhr90

9. After the panels wrapped up for the second day, Rave Summit attendees gathered to socialize with colleagues from around the country. In addition to informative sessions and peer-led panels, the summit presents the opportunity to connect with other safety managers working in state & local communities, healthcare, business, or higher education.

10. The Rave Mobile Safety team held an internal meeting to recap the 2017 Summit. Rave team member Noah Reiter wrote: “Internal @RaveMSafety recap of the 2017 #ravesummit ...A great event for us and our customers alike! #CustomerSuccess #publicsafety”. While last year’s summit was a success for customers and Rvae alike, but it’s never too soon to plan for next year. Sign up to attend the 2018 Rave User Summit and continue to help us on our mission to improve public safety.

Who tweeted the most and won our 2017 Rave Summit competition? It was real close but Nicola Tidey was the top tweeter of last year's user summit. This year, it could be you!

There’s still plenty of time to sign up for the 2018 Rave User Summit in Denver, Colorado. Don’t miss the opportunity to provide critical feedback on Rave’s solutions, connect with industry leaders, and explore the beautiful city of Denver.