Severe Weather Safety Planning Is Important For Protecting Your Family

Readers with longer memories may recall that the severe weather hurricane season didn’t always start on June 1st and finish on November 30th. When the concept of a hurricane season was first developed in 1935, the tropics were only monitored for cyclone activity from June 15th to October 31st.
Over the following years, the start date was gradually brought forward, and the finish date moved back; and the dates we currently regard as the hurricane season didn’t come into force until 1965. Now a discussion is underway at the National Oceanic and Atmospheric Administration (NOAA) to bring the start date further forward to May 15th  in an effort to “respond to observed trends”. 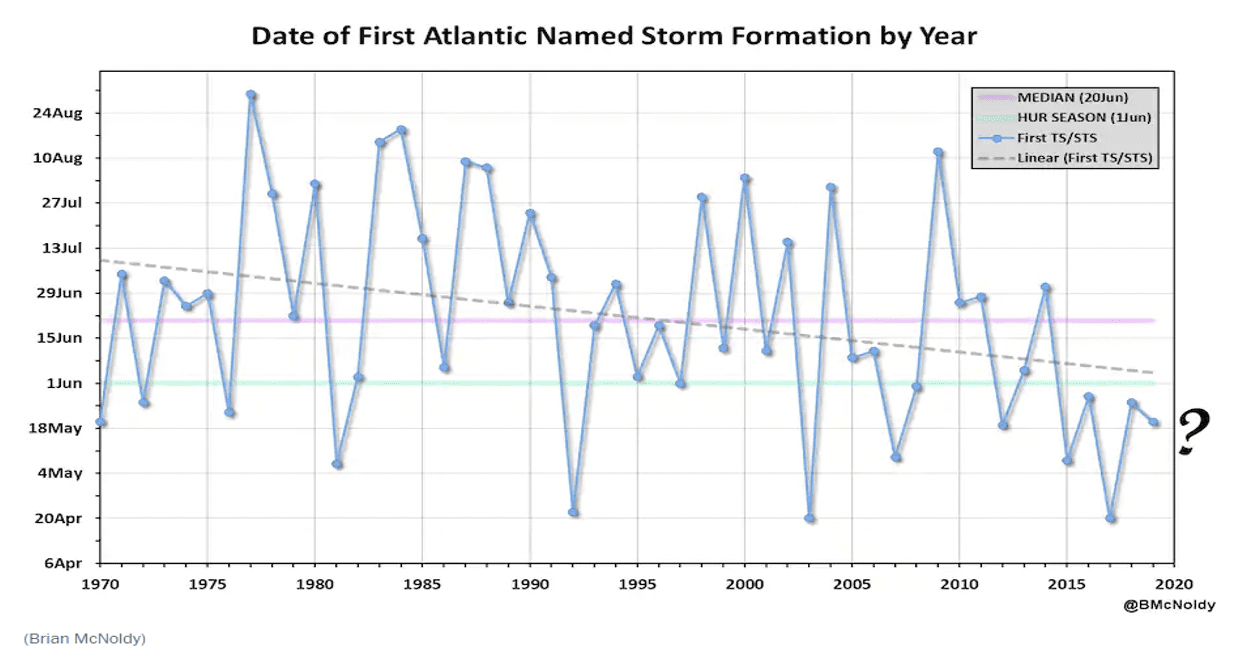 This phenomenon isn’t necessarily the result of climate change and warming sea temperatures, but could be attributable to better technology enabling meteorologists to track and name storms that might otherwise have been missed. Furthermore, bringing the start of the severe weather hurricane season to May 15th would align the date with the start of the east Pacific hurricane season which also finishes on November 30th.

Although it is too late to change the start date of the 2021 severe weather hurricane season, the National Hurricane Center has announced plans to begin issuing routine tropical weather outlooks from May 15th this year. In the event of a forecast storm, alerts are initially notified over the NOAA weather radio service. Then, depending on the severity of the forecast storm, public safety agencies will repeat the alert using the WEA Wireless Emergency Alerts service.

However, the current process for alerting communities to severe weather doesn’t necessarily provide comprehensive coverage. Mobile devices that are not WEA-compatible – and other alerting mechanisms that are not IPAWS- compatible – will not receive or forward severe weather alerts, meaning that several sectors of the community could be exposed to risk. For this reason, a multi-modal alerting system such as Rave Alert is recommended.

Each year, names are assigned to storms in alphabetical order. The names are initially selected by the World Meteorological Association (WMO) and rotated every six years, with those responsible for devastating storms (i.e. Sandy, Katrina, etc.) retired and replaced as necessary. Because there is a lack of usable names beginning with the letters Q, U, X, Y, and Z, these letters are omitted and the list consists of just twenty-one names. The assigned names for 2021 are:

In the past, because there have often been more than twenty-one storms in a year, subsequent storms have been assigned letters from the Greek alphabet. For example, in 2020, storm names included Alpha, Beta, Gamma, Epsilon, Zeta, Eta, Theta, and Iota. However, the WMO has decided the use of Greek letters “creates a distraction from the communication of hazard and storm warnings and is potentially confusing,” and instead has created a secondary list of names for 2021:

To raise awareness of severe weather events, the National Weather Service is running its fifth Safe Place Selfie day today – April 7th. The idea behind Safe Place Selfie day is for individuals to find a safe place in which they could shelter during a severe weather event, take a selfie of themselves in their safe place, and post the selfie on social media at 11:11 a.m. local time (the time associated with making a wish) using the hashtag #SafePlaceSelfie.

Join all of us at Rave Mobile Safety and share your #safeplaceselfie!

Are You Aware of the Safety Challenges Within Your Industry and Seeking Answers?