In May of 2018, an armed assailant entered Santa Fe High School in Santa Fe, Texas, killing 10 students and leaving 10 more wounded. This mass shooting was the latest in a string of attacks amid rising rates of gun violence in the United States. Across the country, rising tensions and anxiety about gun-related incidents have pushed legislators to act, instituting new school safety policies. Following the inexplicable tragedy in Texas, Governor Greg Abbott took action to protect students and residents across the state, proposing a comprehensive safety plan.

Governor Abbot unveiled School and Firearm Safety Action Plan, which contained about 40 recommendations and proposals to create safer schools, later that same month. The proposal includes new gun laws, active shooter training for school officials, and requirements for including a safety app as part of security proposals. Mandatory mental health screening, as well as an expansion of mental and behavioral health programs, are also major pillars of the plan, according the the Texas Tribune. Texas the latest state to invest in mental health resources, further proving school safety and mental health training go hand-in-hand.

The connection between mental illness and school shootings is somewhat disputed by researchers, but advocates, activists, and local leaders all agree that in order to improve student safety holistically, mental health resources, such as counseling services, must be expanded. Bringing attention to mental illnesses and the signs a person in distress might exhibit can improve safety for students. Across the country states are investing in these initiatives.

As states look toward establishing better mental health programs in schools, local officials hope increased awareness would play a role in preventing school shootings. Some states that are implementing new measures include:

Mental health measures and awareness are just one part of the solution to the issue of rising rates of gun violence in K-12 schools. Yet increasing mental health resources may have more of an impact on students than many think.

School Safety Measures that Should be in Place

While new solutions to an age old problem are always welcome, sometimes past ideas and structures have been proven reliable. Governor Greb Abbott's Texas School and Firearm Safety Action Plan has new recommendations and proposals as well as personnel and physical measures that will be instituted. For schools looking to bolster their school safety plans, the proposal might have suggestions other states can look to. Abbot's proposed school safety measures include:

The comprehensive plan covers a lot of school safety measures and includes the necessity of mental health programs along with other safety trainings.

No matter the planning and preparation, when an emergency occurs, there is no knowing what could actually happen. The havoc that ensues during any school safety threat can leave many key figures out of the loop. Having the right technology in place on top of efficient safety procedures can ensure that the necessary information is being spread effectively. During the Marjory Stoneman Douglas High School shooting, gunfire set off smoke alarms which led to students procedurally evacuating the classroom. While students and teachers on the second floor of the school could hear the gun shots, those on the third floor could not. Interpersonal communication is critical.

An panic button app can be activated by an organization member during an on-site crisis. Upon activation, the user’s phone will immediately dial 9-1-1 and at the same time, a preset notification is delivered to all necessary personnel including staff, and security. The automated functionality allows your employees to take immediate action during a crisis, such as locking down, evacuating the facility, or responding with an AED. See what Rave’s Panic Button can do for you.

Over the last couple of months, widespread protests have occurred in major cities across the United States. Protests against lockdown orders related to the coronavirus... 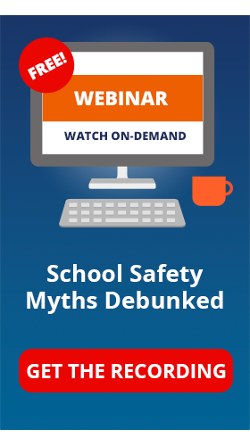 Over the last couple of months, widespread protests have occurred in major cities across the United States. Protests against lockdown orders related to the coronavirus...