Why You Should Review Your School Cellphone Policy to Protect Students 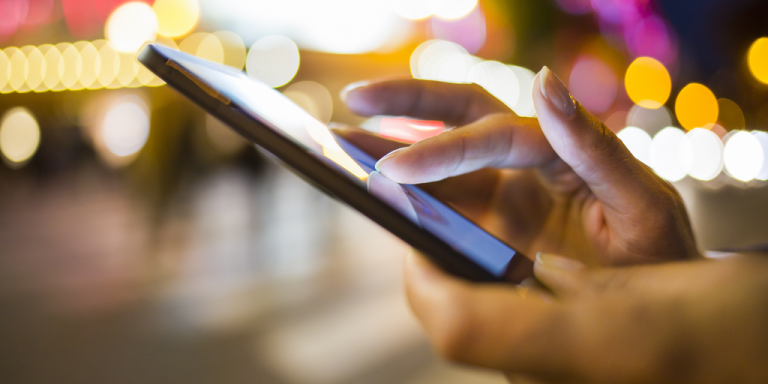 On February 14th, an armed assailant broke into Marjory Stoneman Douglas high school in Parkland, Florida. The attacker, a former student who was armed with an AR-15 and heavy infantry, pulled the fire alarm, and opened fire on students, teachers, and staff. The tragic attack killed 17 students and injured 14 others. The entire campus was in lockdown for hours while law enforcement located and arrested the shooter. During that time, students used their cellphones to contact parents, locate friends, and to stay updated on the incident from people outside the school and national news outlets.

School cell phone policies in high schools have become more complicated as mobile technology has advanced. Flip phones and early smartphones had limited capabilities, while smartphones in recent years have added many new features, giving students access to the internet and social media, a camera, and a variety of games and apps. Every school has a different policy regarding phone use, but in an era where schools are susceptible to mass shootings and other disaster situations, it’s important to consider appropriate rules regarding phones. Given their potential safety use, should students be able to carry cellphones on campus?

Why Your High School Cell Phone Policy Should be Re-Evaluated

During the tragic attack in Parkland, Florida, it was difficult for students and teachers inside the school to understand what was happening around them. When the shooter entered the school, one teacher recognized gunshots and issued a lockdown alert. Lockdown activations let teachers know there is imminent danger and doors should be locked, lights turned off, and students should hide.

The footage posted on social media from the Parkland lockdown shows students in the auditorium, classrooms, and closets. Students are trained to react instinctively to active shooter emergencies, with or without knowing any details on the nature of the activation. Students in Parkland then used their phones to get information on the shooter via text or social media and to inform parents of their situation.

Many students told reporters it wasn’t until after being evacuated that they learned what had really happened inside the school. Cell phones were crucial in keeping the community informed and away from potential danger. However, some safety consultants argue communication with the outside world can create challenges for first responders. For example, parents flocking to a school during an emergency can create unwanted chaos during a time when first responders or public safety management need the area to be clear for evacuations or other tactical response scenarios.

Another potential downside to allowing cell phones on high school campuses is the spread of rumors or false information. In non-emergency situations, incorrect information can create unwarranted fear or anxiety.  Ken Trump, President of National School Safety and Security Services, told SchoolSecurity.org, "We are now dealing with ‘Generation Text’ instead of ‘Generation X’. The rumors typically become greater than the issue, problem, or incident itself."

“We are now dealing with ‘Generation Text’ instead of ‘Generation X’. The rumors typically become greater than the issue, problem, or incident itself.”

This can prove especially true during a bomb threat hoax, such as the 400 false threats that recently hit schools in the U.K. In a bomb-threat situation where a suspicious package is reported on site, it’s best for students to stay put until law-enforcement or other security personnel assess the risk.

There are also numerous disciplinary challenges associated with implementing a school cell phone policy that promotes student-usage during school hours – some teachers see the potential for decreased focus, cheating on tests or other school projects, inappropriate photographs, or cyber-bullying. Many teachers find it difficult to maintain a focused classroom where an open cell phone policy in high school exists, and believe cell phone use by young people could actually create dangerous disruptions. These situations can be addressed, however, with proper phone regulation or other administrative action.

Cell phones can be lifesaving, and with proper planning students and teachers can use their cell phones as a safety tool. For many school administrators, this outweighs other potential concerns. The best recommendation for schools is to evaluate the use of cell phones as personal safety tools when reviewing their crisis management plan.

There is no one-size-fits-all solution for creating an appropriate cell phone policy for high school students. Policies can be determined by historic behavior issues, teachers' tolerance levels, and the percentage of students that actually have cell phones - or feel it necessary to bring them to school.

Schools vary considerably in what they consider appropriate - with some schools stipulating that cell phones must be switched off at all times (which defeats the purpose of using them as a personal safety tool), while others have a more lenient approach to student cell phone usage provided “the vast majority of students adhere to the policy”.

The majority of schools will adopt a cell phone policy for high school students somewhere between the two extremes and support it with reasonable sanctions. Provided the policy is well advertised, the sanctions are enforced and teachers do not turn a blind eye to policy violations, students will soon understand the boundaries within which they can use a cell phone during school hours.

If a school's cellphone policy allows student-use during emergency situations, school administrators can avoid many of the disciplinary difficulties by making sure rules on cellp hone use are clear from the beginning. For example, when schools do drills, phone use should be part of the conversation around best safety practices.

There are a few additional practices schools can include in the crisis management plans to optimize cell phones as a personal safety tool. Schools can implement a mass notification system to keep students, faculty, and staff members informed in case of an emergency. A fast, reliable notification system can inform everyone on campus, including teachers and students, if there is an emergency. If students have their phones on hand, an alerting system can prevent the spread of misinformation and give teachers and students the information they need to act appropriately during an emergency.

A panic button app can help teachers clearly communicate an emergency to 9-1-1, on-site personnel, and first responders. If there is a crisis, teachers can contact 9-1-1 at the press of a button. One such app is preset with five call buttons, including active shooter, fire, or a medical emergency. The app delivers an instant notification to on-site employees and security personnel, and the automated functionality allows school workers to take immediate action during a crisis, such as initiating a lockdown or responding with an AED. It also allows for internal communication, allowing teachers to contact on-site groups or other employees. In an emergency, this can help distribute appropriate and accurate information across the school campus.

There are pros and cons to allowing students to carry cell phones. When safety is at stake, it is worth considering student cell phone usage in school policy and crisis management plans. Cell phones can be an important personal safety tool if used for effective communication where accurate information is vital.

Plan and practice for emergencies with this drill kit, focused on the most critical school safety factors.