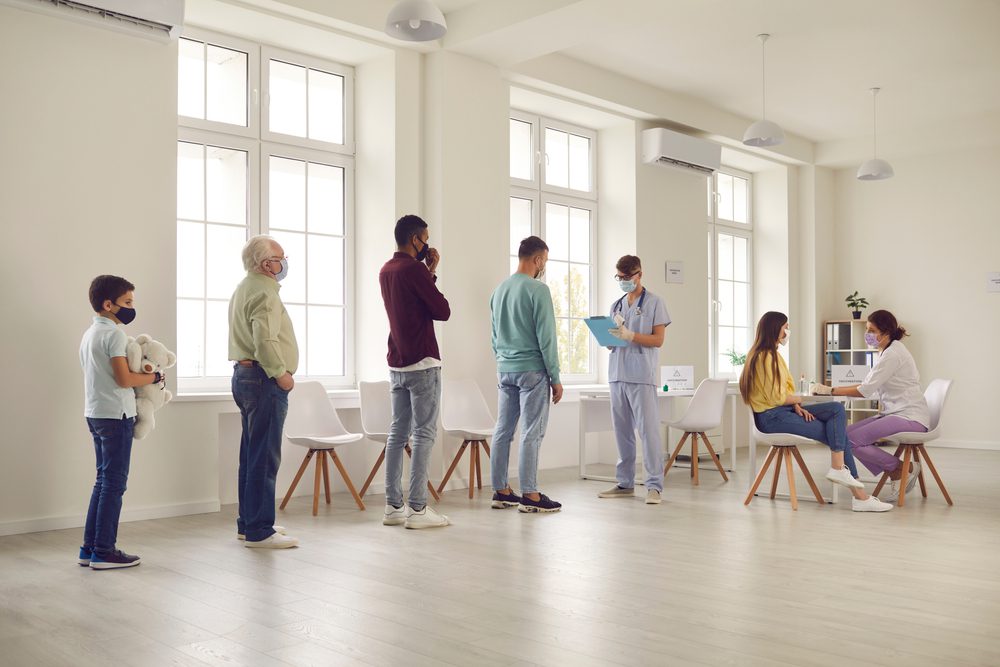 On March 24th, 2020, the City of Hayward in California set up a free COVID-19 testing site at the Huntwood Avenue Fire Station. Although the site was scheduled to start testing at 9.00 a.m., a queue of residents formed soon after 6.00 a.m., forcing health officials to establish the criteria under which residents could get tested to ensure the supply of 370 tests would last.

Ultimately, only residents with a fever in excess of 100° were tested – resulting in nine out of ten walk-in residents and four out of five drive-in residents being denied tests on the opening day. Thereafter, even though more tests were available on subsequent days, the testing site often had to close early due to the overwhelming number of residents concerned about their health.

This scenario was not unique to the City of Hayward, where only ten percent of residents tested positive for COVID-19. All over the country, testing centers were overwhelmed by residents who wanted to get tested; and while it is understandable some wanted a test to protect loved ones, the majority of the demand was attributable to the phenomenon of worried well patients.

What are Worried Well Patients?

The term “worried well patients” is a bit of a misnomer. Although often used in recent years as a sympathetic alternative for hypochondriasis, there is a distinction between the two conditions. Hypochondriacs tend to worry excessively about having an illness for prolonged periods of time, while the illness anxiety experienced by worried well patients is usually triggered by a specific event.

The situation is not helped by the volume of healthcare information on the Internet and the increasing number of primetime TV shows tackling healthcare issues. While research suggests the Internet is not to blame for an increase in patients with health anxieties, a study into the phenomenon of worried well patients has found numbers increasing over the past thirty years.

Practically any event – factual or fictional - can trigger anxiety in worried well patients. If an episode of ER features a teenager with an eating disorder, the number of patients attending their physician with concerns about an eating disorder will increase. In some cases, even pharmaceutical commercials between episodes of ER can increase health anxiety among susceptible viewers.

Factual events such as the COVID-19 pandemic are also known to trigger anxiety in worried well patients. In 2001, the George Washington Hospital in Washington DC received hundreds of walk-ins following the news of Anthrax being discovered at the Brentwood postal facility, and a similar scenario occurred in Texas – where ED visits increased by more than a thousand per day following the death of a patient from Ebola in 2014

Even localized events that are not as widely publicized as COVID-19, Anthrax, or Ebola can trigger anxiety. For example, when a freight train carrying molten sulfur derailed in Lakeland, Florida, in 2017, hundreds of worried well patients attended local EDs complaining of nose, throat, and lung irritation, despite the fact there were no detectable levels of a chemical release within the two-mile evacuation zone. Of the hundreds of patients, only four were held for overnight observation.

How to Plan Ahead for Worried Well Patients

The way to do this is with an information campaign explaining the triggering event (even if it is fictional), and the limitations of seeking medical advice without physical symptoms. For example, in the case of the COVID-19 testing site, public health agencies announcing the availability of testing could have also announced that a test within four days of contact with an infected person is likely to return a false negative. This may have dissuaded many people from turning up at the testing site.

Similarly, public health agencies and healthcare facilities can share information about “TV triggers”, the risks of getting sold on drug advertising, and the ways in which rare diseases spread. In the case of the Lakeland derailment, the only criticism of how the event was managed was that frontline staff were not advised there had not been a ground level chemical release, and consequently every walk-patient was unnecessarily treated as if they had been exposed to poisonous gases.

Getting the Message Across to Worried Well Patients

The key to reducing the number of worried well patients unnecessarily using healthcare resources is to make information campaigns as broad as possible. This can include getting involved in how the media covers health concerns in TV shows, public health initiatives such as COVID-19 testing sites, and local events such as train derailments and chemical spillages. However, residents, healthcare professionals, and other concerned parties need to be kept informed as events unfold.

One of the most reliable ways to do this is via a multi-modal mass notification tool that healthcare facilities can configure with a series of templates that can be adjusted to suit the circumstances and outcomes of emergency events. The mass notification tool should be capable of sending healthcare alerts via SMS text, voice broadcast, and social media, and integrate with existing emergency management solutions to provide top-to-bottom unified communications with other agencies.

To find out more about the benefits of multi-modal mass notification tools, and how they can help healthcare facilities with pre-emergency safety planning for the worried well, do not hesitate to get in touch. Our team will be happy to organize a demo of Rave Alert in action so you can evaluate the platform's two-way communication and incident command capabilities, and answer any questions you have about minimizing the strain on healthcare resources during an emergency. 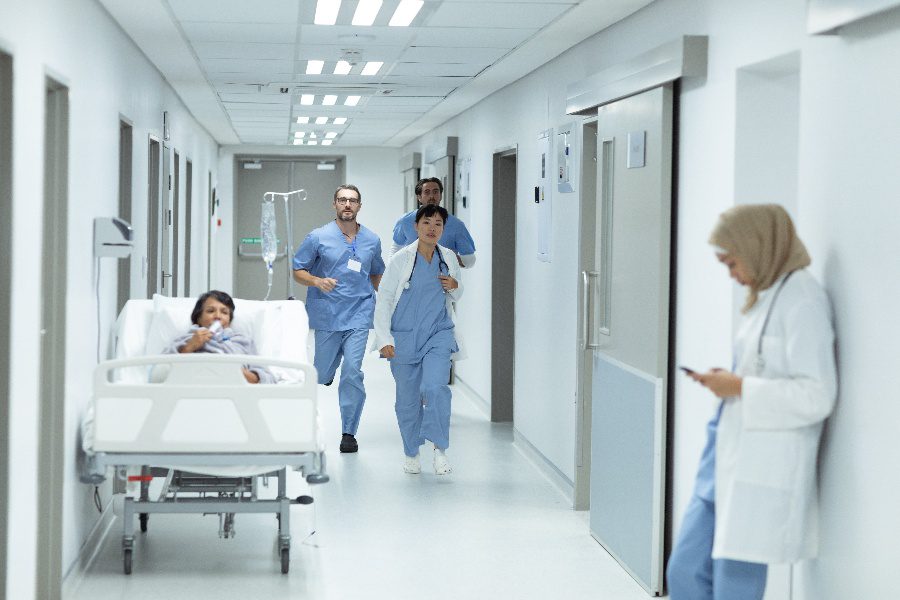 If you are experiencing a surge of incoming patients, discover how the Rave Healthcare platform can help you streamline your staffing coordination initiatives.