A 14-year-old student told his classmates about calling in a bomb threat, shooting students as they exited the school, and then committing suicide. After sharing his thoughts with classmates, another student reported the plan to a school principal and the school resource officer.  The plot was prevented, and the student was sent to a mental health center. It was later discovered the student had a history of depression, was obsessed with mass shootings, and had expressed thoughts of suicide in the past.    This is one of the cases that the National Threat Assessment Center (NTAC) reviewed in its recent study, Averting Targeted School Violence: A U.S Secret Service Analysis of Plots Against Schools. The study analyzed 100 current or former students who planned 67 attacks on K–12 schools nationwide from 2006 to 2018.

NTAC found that these students often exhibited “observable concerning behaviors” as they moved toward violence, yet there were intervention points that frequently occurred before these attacks start.

Many of these students shared their intentions beforehand through various methods, including verbal statements, online posts, videos and audio recordings. Out of the 67 cases, 50 planned attacks were detected because these students communicated their plans ahead of time. A student’s behavior led to the discovery of their plots in seven cases, while it was both communications and behaviors that prevented attacks from happening in five cases. In three potential attacks, the students themselves came forward to a school counselor or made comments to a teacher.

The study emphasized the importance of school personnel creating and maintaining a safe school environment that encourages students to speak up if they see a friend or classmate struggling. These safe environments played a pivotal role to prevent school attacks. In 41 cases, the plotters’ friends, classmates or peers observed the communication or behavior. And in about 22 of these 41 cases, they reported the information to a school administrator or teacher. Others reported the possible attacks to their parents, school resource officers or outside law enforcement.

The Characteristics of Planned Attacks

Most of the students (95%) who plotted these attacks currently went to school. The remaining students attended the targeted school or a school from the same district within one academic year, according to the study.

The plots were prevented across 33 states. The averted attacks occurred across all types of communities: 25 were in the suburbs, 17 in rural settings, 14 in cities, and 11 in towns.

The study noted 45% of the planned attacks were related to grievances, specifically around seeking revenge for perceived wrongs, specific grudges, or resentment toward others. Other motives included the desire to kill (10%), suicide (13%) and fame/notoriety (12%). Plotters who were suicidal often had other grievances, such as being bullied or seeking fame and/or notoriety.

Planned attacks generally were set to occur throughout the year, but most of these attacks were supposed to happen in April. In 12 cases, plotters chose the anniversaries of previous high-profile, mass-casualty attacks. Some students wanted to mark the anniversary of the Columbine attack, while two students wanted their attacks to coincide with the 9/11 terrorist attacks. Other students planned their attacks for the start or end of school breaks, or at a specific school event.

According to the study, 73% of these students detailed how they would execute their attacks, including when these attacks would start, where they would stage any bombs, what routes they would take to go through the school, and how they would handle police presence or response.

It also reported 55% of the students planned to use at least two or three types of weapons to carry out their attacks, while 45% were going to use one weapon. Almost all of the planned school attacks involved one or more firearms (51%), followed by incendiary devices (18%) and bladed weapons (12%).

The Role of Mental Health and Other Stressors

The study also found students who plotted school attacks shared many similarities with students who followed through with their attacks. These included:

As for the students whose attacks were averted, 70% exhibited behaviors that indicated the presence of some type of mental health symptom leading up to or around their plots’ discovery. This was noted in their journals, statements and behaviors seen by others, as well as histories of mental health treatment.

Students who plotted these attacks were also impacted by life stressors. Most of these students (81%) experienced stressors in the year that lead up to the discovery of their plot or were happening when it was detected.

The NTAC study said 58% of the plotters were affected by family issues, such as parental separation or divorce, substance abuse in the home, and violence or abuse. Social matters, such as relationships with peers or romantic partners, bullying and other conflicts, impacted 51% of the plotters. Meanwhile, 44% were related to academic pressure, including falling grades and expulsions. 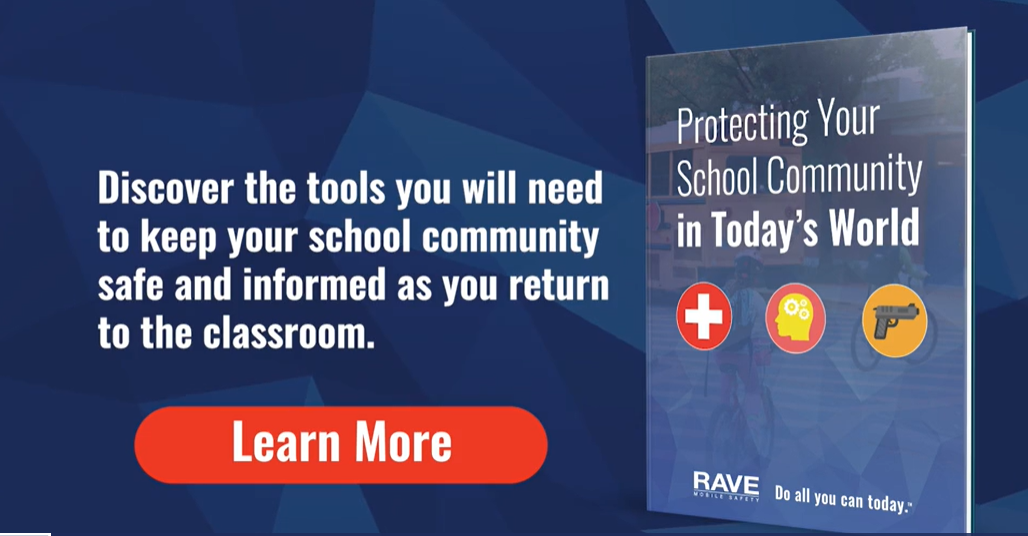 K12 School Emergency Preparedness: From the Inside Out

Rave Notifier for Desktop: What Should You Know and How Can it Help?