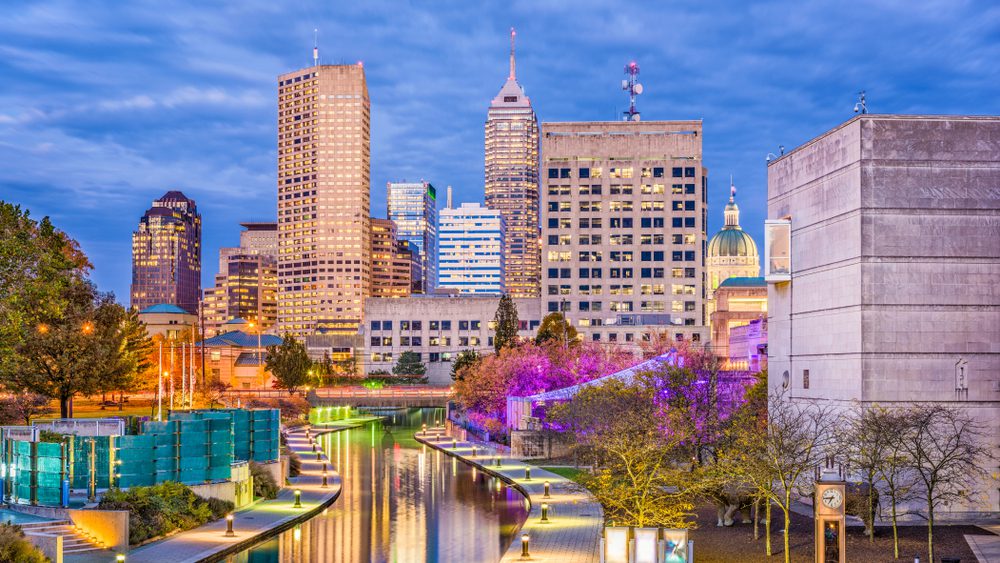 Many communities have expressed a critical need to move away from highly punitive models of public safety in favor of restorative, community-oriented solutions in the United States. Leaders in technology can play a role in this movement. In June, Indianapolis announced a partnership to “reimagine public safety” with New York University, emphasizing how data and community engagement could change the city's approach public safety, as per IndyStar. The initiative will be a “reimagining” of public safety, leveraging metrics to proactively identify community concerns instead of focusing on reactive policing. The project also looks to hold the government accountable for eliminating “institutional bias, racism and inequality” in community safety policy.

Mayor Joe Hogsett announced at a virtual press conference that the city is teaming up with the New York University School of Law Criminal Justice Lab for the project, calling it, “a catalyst for a new community-driven and community-monitored definition of justice and public safety.” Hogsett promised that, even though the project would be a partnership with NYU’s lab, it would also involve community stakeholders and public input. “The community is clearly speaking, demanding not just that we do better but that the community be a central part of the process,” Hogsett said. He added: “This new partnership will be shaped by those it intends to serve: the public.”

Advocates have been pushing states to address the systemic causes of crime - investing in mental health, housing, food banks, and education - instead of focusing on just policing. The initiative in Indianapolis promises to focus on what drives crimes - housing or food insecurity, lack of health or mental health resources - not just responding to it. Officials hope to establish “a partnership that redefines policing, justice, and public safety in Indianapolis” and build a community consensus around a series of policy recommendations and proposals. If successful, the initiative may provide a roadmap for others cities and states grappling with how to better communicate with and serve communities.

Anne Milgram, an NYU law professor and former attorney general of New Jersey, would be involved with the initiative. Milgram, during her tenure as attorney general, used a similar approach in Camden, New Jersey, reforming the city police department and lowering crime rates. Camden, New Jersey is a well known case study in public safety reform; the city disbanded its police department in 2012, replacing it with an entirely new one, as per CNN.

Before the transition, the city’s crime rate was among the worst in the nation, and residents reported being fearful of law enforcement; after the rebuilding seven years ago, violent crime dropped 72%, and overall crime rates dropped from 72 per 1,000 to 44 per 1,000. While local officials acknowledge that addressing the socio-economic issues which cause crime is an ongoing struggle, the city credits the new approach, which values partnership and problem-solving over violence and punishment, to better outcomes.

The partnership in Indianapolis is part of an ongoing conversation about community models of public safety, reparative or restorative justice, and community equity. Local leaders revealed in a press release that the Indianapolis initiative with consist of five steps, as per the IndyStar:

Mayor Hogsett acknowledged that the project will begin to identify and address inequities in Indianapolis, but won’t be a universal solution to persistent racial inequity in the state. Instead, the city is hoping that the data collection and analysis will reveal areas for improvement, opening community dialogues and paving the way toward solutions. Although the project is setting out to include new roles and community groups in public safety efforts, ramp up data collection, and increase accountability across agencies, the exact goals of the effort will be defined with input from the community.

Civic technology, or technologies that improve the relationship between communities and the government with software for communications, decision-making, and the political process, can continue to play a role in the transition to community-oriented public safety reform. Smart911, a powerful NG911 platform that allows first responders to make informed decisions during an emergency, is a community-oriented solution. Community members can provide additional information via a safety profile - including people and household information, medical conditions, and other important information, which might be relevant during an emergency. The data, which is secure and only available to public safety once a call is initiated, helps responders better understand their community and adjust response.

Smart911 administrators can also leverage data to create a vulnerable needs registry. A web-based vulnerable needs registry allows emergency managers, public safety, and public health leaders to better understand the individuals most at-risk in a community, and enable faster coordination and response during a critical event. Resident-sourced data such as age, location, and preexisting conditions can be used for mapping, analysis planning and emergency response. During a major event such as a natural disaster or the COVID-19 pandemic, emergency managers can easily identify residents in need of care, communicate with them, and assign the appropriate resources to send help.