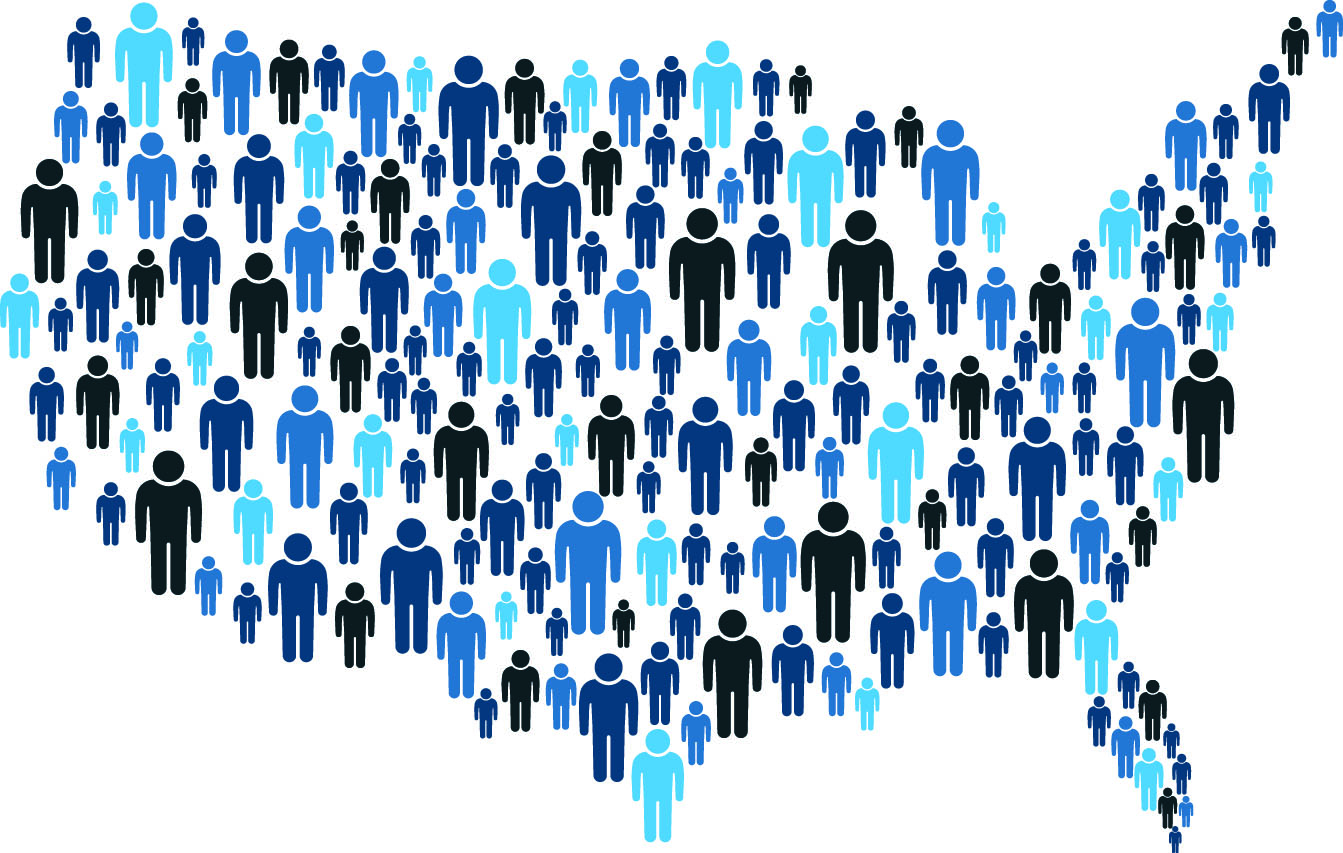 Three groups of states - one on either side of the country and one in the middle - have formed alliances to coordinate the easing of COVID-19 restrictions and collaborate on reopening economies. The logic behind the alliances - according to Rhode Island Governor Gina Raimondo - is “this virus does not recognize borders”.

One of the concerns about reopening economies is that people will start to travel. They will travel to work, travel to the store, travel to the gym, and practically everywhere they used to go before the COVID-19 pandemic started. Some may only need to travel short distances, while others might need to travel further - potentially taking them into locations in which the pandemic is not yet under control.

The risk is, as people return from areas in which the pandemic is not yet under control, they may bring the virus back with them. Without regular and reliable testing for COVID-19 - and because of asymptomatic transmission - there is no way of knowing whether an individual is carrying the disease; and this could risk the health and the economies of communities between which individuals travel.

“This Virus Does Not Recognize Borders”

Because of the risk of inter-state transmission, state governors in the north-east, on the west coast, and in the mid-west have formed alliances to collaborate on how they will open their respective economies. On April 13th - New Jersey Governor Phil Murphy was the first to tweet seven neighboring states had joined a regional advisory council (Massachusetts joined after the announcement had been made):

BREAKING: NJ, NY, CT, PA, DE, and RI have formed a regional advisory council to help guide our re-opening once the #COVID19 emergency has passed.

We cannot act on our own. We must be smart & tactical in how our region comes out of this, or else we’ll be right back to square one. pic.twitter.com/fZeOk3GBca

Governor Murphy was later quoted as saying the alliance was necessary because “if we don't get the sequencing right, we put more lives at risk”. His opinion was shared by governors from neighboring states; Connecticut's Governor Ned Lamont saying “this virus does not stop at the border of any county, state, or country”, and Governor Gina Raimondo adding “this virus does not recognize borders”.

Later that Day in California …

Within a few hours, Californian Governor Gavin Newsom also chose Twitter to share the news of a western state alliance between California, Oregon, and Washington. Governor Newsom's tweet had a more optimistic ring to it as it focused on reopening economies and controlling transmission in the future. The tweet also linked to details of the shared vision and the criteria for reopening economies:

Today, Governor @GavinNewsom, @OregonGovBrown & @GovInslee announced an agreement on a shared vision for reopening their economies and controlling COVID-19 into the future. #StayHomeSaveLives https://t.co/Uzl6SPw2Rb

Two weeks later, it was announced Colorado and Nevada had joined the Western States Pact, and although each of the five states will govern their own jurisdictions, joint decisions will be made about how and when residents will be allowed to travel between states - “how” being particularly relevant for Coloradans, as it is isolated from the rest of the Pact by the infection hotbeds of Arizona and Utah.

A few days later on March 16th, seven governors from the Midwest states of Illinois, Ohio, Michigan, Indiana, Wisconsin, Minnesota, and Kentucky announced they were also coordinating on reopening their state economies “in a way that prioritizes our workers’ health so hardworking people can get back to work and businesses can get back on their feet”.

Grateful to partner with @GovPritzker, @GovMikeDeWine, @GovEvers, @GovTimWalz, @GovHolcomb & @GovAndyBeshear in taking a bipartisan, fact-based, data-driven approach to reopening our economy in a way that protects families from the #COVID19 spread. More: https://t.co/IDi2PYWNcV pic.twitter.com/yfet4rkMoF

The governors of the Midwest Alliance issued a joint statement which read: “Phasing in sectors of our economy will be most effective when we work together. This doesn’t mean our economy will reopen all at once, or that every state will take the same steps at the same time. But close coordination will ensure we get this right. We look forward to working together as one region to tackle this challenge together.”

How Will the Alliances Reopen Economies?

At the present time, states within the three alliances have their own criteria and timelines for reopening economies. Although the plans are similar in design and objective, few states have yet reached the stage at which interstate travel would be possible without individuals from out of state having to self-quarantine for a period of fourteen days (other than inter-state travel for essential reasons).

Furthermore, as individual states within each alliance are progressing towards the later phases of their recovery plans at different speeds (as illustrated by the states in the NE alliance below), it is doubtful alliances will be unable to open in unison; and more likely the case that sub-alliances will be created between two or three states that reach the final stages of their reopening plans at the same time.

How States in the NE Alliance are Progressing

Connecticut introduced a stay-at-home order on March 23rd. On 30th April, Governor Lamont released details of the seven criteria for the economy to start reopening and the four phases in which it would reopen. The state entered Phase 1 of reopening on May 20th, and Phase 2 began on June 17th. Anyone entering the state before Phase 4 is encouraged to self-quarantine for 14 days.

Delaware's stay-at-home order was effective from March 24th until May 31st. On June 1st, the state entered Phase 1 of its rolling reopening plan, which included lifting the self-quarantining requirement for visitors from out of state. Phase 2 of the plan commenced on June 15th, with a warning that the plan could be modified at any time and restrictions reintroduced if the COVID-19 infection rate increased.

The initial restrictions in Massachusetts on March 23rd were more relaxed than those of its neighbors, although travelers from out of state were ordered (rather than encouraged) to self-quarantine for 14 days. Although Massachusetts also has a four-stage plan to reopen its economy, the plan is staggered, and currently the state is in Step 1 of Phase 2.

In New Jersey, bars, restaurants, and other gathering places had already been ordered to close their doors before Governor Murphy announced a statewide lockdown on March 23rd. The Governor released a three-stage blueprint for reopening New Jersey´s economy in May - saying that the state was already in Stage 1. The state felt is it was sufficiently safe to move in Stage 2 on June 15.

The mixed messages coming from New York's leaders were finally resolved on March 20th, when Governor Cuomo announced the stay-at-home “NYS on Pause” order. Since April, there has been a gradual relaxation of the restrictions; and, at the end of May, regions within the state that meet the criteria for reopening could enter Stage 1 of 4. To date, nine regions have progressed to Stage 2

Despite what was going on in neighboring states, Governor Wolf waited until 1st April before ordering a lockdown in Pennsylvania. The Governor subsequently published a three-phase reopening plan, and because the lockdown order was enforced with more diligence than in neighboring states, the majority of counties in Pennsylvania have already met the criteria for Phase 3.

Rhode Island's stay-at-home order was also announced a little later than its neighbors on March 28th - when visitors from out-of-state were ordered to self-quarantine for 14 days if a lockdown order was in force where they had travelled from. However, Gov. Raimondo was quicker than most to release her recovery criteria and the 3 phases in which Rhode Island would reopen. The state is currently in Phase 2.

Effective Intra and Interstate COVID-19 Communication will be Essential

Although it is not yet possible to synchronize the reopening of economies between states, there has been cooperation and collaboration within alliances. For example, in April, New York donated one hundred spare ventilators to New Jersey, and - in May - member of the NE Alliance announced a multi-state agreement to develop a regional supply chain for PPE and medical equipment.

When it does become possible to synchronize the reopening of economies between some states, effective communication regarding localized outbreaks of COVID-19 infections within and between states will be essential. Not only will public health officials in each region have to work closely together in order to keep up-to-date with localized outbreaks, but communities will need to be quickly informed when travelling to and from infected regions requires a period of self-quarantine.

State and local governments faced with the issue of how to keep communities informed can take advantage of mass notification systems; some of which have geo-targeting capabilities that can be used to provide region-by-region advice to intrastate and interstate communities. Learn more about our COVID-19 recovery solutions by clicking below. 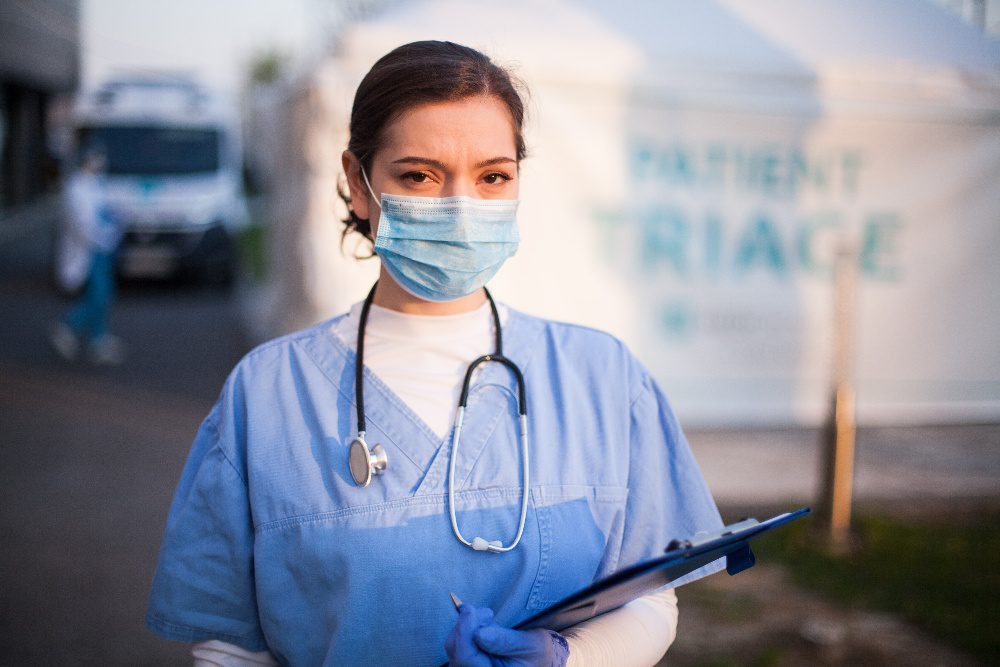 Discover how you can strenghten recovery by identifying vulnerable and at-risk community members, sending out wellness checks, and more.