Sexual Harassment in Hollywood and the Similarities to the Everyday Workplace 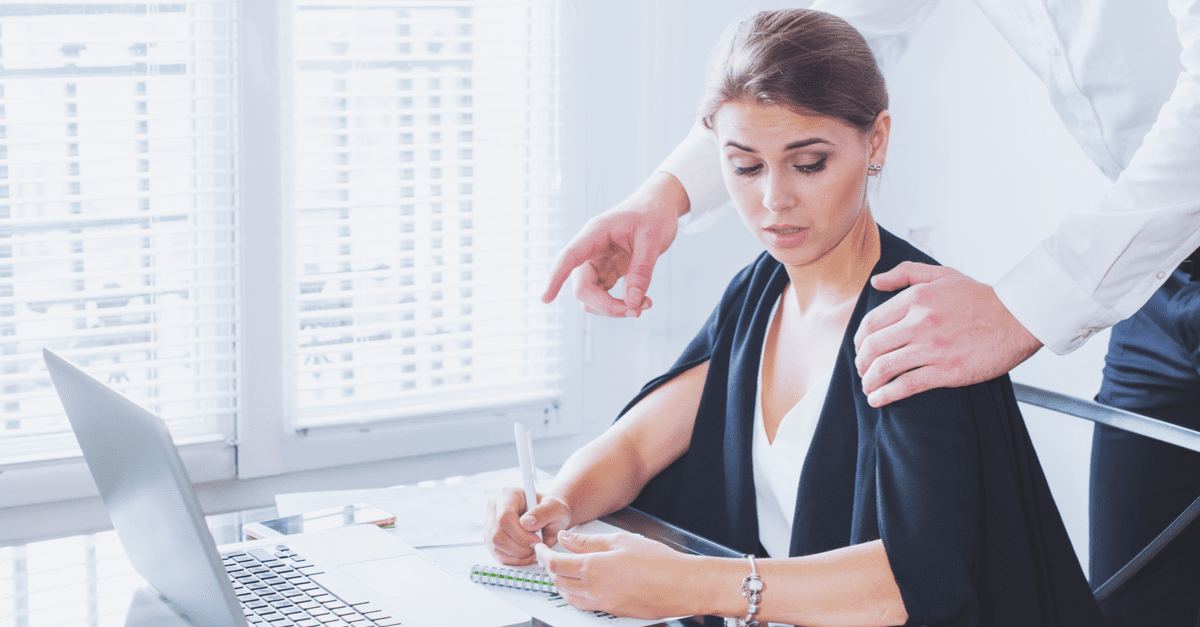 Sexual harassment in the workplace has been recently uncovered in an industry notorious for its male dominance: the entertainment industry. The unveiling of rampant sexual harassment in Hollywood has remained a big focus since allegations against famous movie producer Harvey Weinstein were revealed last month. Numerous women have come forward with stories of their own experience with sexual harassment and assault. Their bravery has helped topple many powerful men’s careers across Hollywood and brought to light a struggle women have been facing throughout their lives.

Sexual harassment is not unique to the entertainment industry. The public conversation surrounding harassment in Hollywood has surfaced many similarities that shouldn’t be ignored within our own workplace environments. We can look through this Hollywood lens to examine and reflect on how workplace violence against women remains unaddressed in our own lives.

A common sexual harassment theme between Hollywood and the average workplace is the predatory power dynamic. Hollywood stars Selma Blair and Rachel McAdams recently sat down with Vanity Fair to share their stories of unwanted sexual harassment during the early stages of their acting careers at the hands of famous producer James Toback. Their stories share consistent themes with dozens of allegations made against Harvey Weinstein. Toback would invite young actresses to meet him in his hotel room to discuss new roles. For young actresses, especially newcomers, a meeting with Toback could be their only chance at a big break. Toback had a way of drawing on certain acting techniques to manipulate the performer’s insecurities.

When these women spoke up, they were met with an unbelievable response. McAdams remembers telling her agent about Toback and her saying, “I can’t believe he did it again. This isn’t the first time that this had happened….” Understandably, McAdams was angry that her agent knowingly put her “into a lion’s den and had given no warning that he was a predator.” Knowledge surrounding Toback’s predatory behavior was widespread and yet no one was taking any action, no one was warning other young women about his behavior.

This type of predatory behavior is not unique to the entertainment industry. Organizations that are very hierarchical or masculine can breed more harassment, and often receive less reporting of it, because gendered power dynamics are a big driver. Some predatory business leaders believe that "...with enough power or fame...you can do anything".

A very public case of predatory workplace harassment was the ousting of Dov Charney, former CEO of the retail company, American Apparel. Sexual harassment was so pervasive that even the employee handbook mentioned the sexual nature of the workplace. It wouldn't be shocking to find the CEO pantless around the office or to see inappropriate images of him splattered on computer screens. The predatory environment was beyond typical sexual harassment cases and has been dubbed as the "mother of all sexual harassment cases" by a judge ruling over a defamation suit by Charney. Charney's argument as with other accused business leaders of the same mindset is that everything is consensual, and in many times, the willing party would be rewarded. However, female employees that weren't interested in a sexual relationship faced a dilemma in continuing on their career paths. The environment in these predatory workplaces pushes employees to do things out of moral character for the sake of career growth or even stability.

A Culture of Silencing

For years, rumors intensified about the sexual misconduct of famous comedian and writer, Louis CK. Disturbing stories had been known to many in the comedy world, although little to nothing was ever done about the allegations. Numerous female comics shared stories about their experiences being silenced by colleagues in the comedy world regarding their claims against CK. Nicole Silverberg, a prominent editor and TV-writer, was told to delete a tweet she had written about Louis CK before applying to a high-profile comedy job. Comic Jen Kirkman said back in 2015 that there was “a lockdown on talking about him… if I say it, my career is over.” Those that did speak up tended to be women who were well-established in their careers.

Just as the comedic world closed ranks around CK and silenced dialogue surrounding the allegations, rigid bureaucratic procedures work similarly to deter employees from reporting workplace violence. According to research by Anna-Maria Marshall, a sociologist at the University of Illinois, official harassment policies and grievance procedures often end up creating obstacles to women's ability to assert their rights. Recently, 1,500 former Capitol Hill aides signed an open letter to House and Senate leaders to demand that Congress do better in protecting women in Washington. Right now, current policies enacted to protect women are actually working to silence them.

“Under federal law, complainants must undergo a confidential process, where co-workers who might be able to provide corroborating evidence are excluded. They often must wait about three months before submitting an official complaint, yet must file one no later than 180 days after the episode. Once filed, victims must submit to up to 30 days of mandatory counseling and complete another 30 days of mediation.”

According to Debra Katz, a Washington lawyer, “the system is so stacked… they don’t want people to come forward.” Such strict policies have excluded many women from protection, including ‘fellows’ who are not recognized as full-time employees. This isn't just happening in Washington either. Marshall said that companies establish rigid harassment policies as "mini litigation defense centers... to show a court or jury that they did everything they could, rather than to protect the women in the workplace."

The Enablement of Perpetrators

Unfortunately, in some cases, sexual misconduct and harassment allegations weren’t enough to result in repercussions for the perpetrator. Former Fox News host Bill O’Reilly secretly settled numerous sexual harassment allegations throughout his career. Back in January, O’Reilly settled with a network contributor for $32 million, by far the largest of his previous five settlements to women he harassed over the span of a decade. Despite knowledge of this agreement, Fox decided to renew its contract with O’Reilly in February, paying him $25 million per year over the next four years. It was a matter of revenue.  At the time of his contract renewal, O’Reilly’s program was the single largest source of advertising revenue for Fox News, the most consistent profit center for parent-company 21st Century Fox. It wasn’t until a Times report in April triggered an advertiser exodus from his program, “The O’Reilly Factor” that 21st Century Fox decided to remove O’Reilly from their network.

It's typical for many perpetrators in the workplace to also allude punishment. In fact, many victims fear they will face professional retaliation if they report sexual misconduct - and they're not wrong. Researchers have concluded that hostility from supervisors or a bad reference to future employers are possible consequences. An August survey of more than 400 directors of public and private companies found that sexual harassment had not been a topic of discussion at the board level. Female board members reported they were uncomfortable bringing up the issue with their male counterparts, highlighting the notion that women feel that current company culture will fail to administer consequences to perpetrators.

How to be a Leader in Employee Protection

A recent ABC News-Washington Post poll details the vast extent to which women encounter inappropriate sexual conduct from men, unfortunately highlighting what many women have been saying for years - this form of workplace violence is a broad, deep, and untreated problem. As an employer, below are three necessary steps you should be taking to create a safe environment and protect your employees.

1. Listen: Your first response when addressing workplace grievances might be to pull together your executive team to think about next steps. Unfortunately, women are still extremely underrepresented in executive- and senior-level positions, in board seats, and as CEOs. Your executive meeting will likely be missing the voices of key stakeholders needed for a productive dialogue about violence against women to happen - actual women. Inviting all stakeholders to the table to openly discuss workplace violence is necessary for creating solutions that will empower your employees and protect them from future incidents.

2. Empower: As an employer, it is your responsibility to ensure proper channels exist for your employees to report workplace violence and misconduct. This might include establishing an internal procedure for processing workplace grievances that allow employees to bypass their supervisors. While you might be taking necessary steps to create a safe work environment, not all of your employees will feel comfortable coming forward to report incidences of violence. Respect these employee’s feelings of vulnerability and discomfort and empower them to discreetly submit and report critical information in real time regarding sexual harassment and other inappropriate behaviors.

3. Educate: Before you begin mandating sexual harassment and workplace violence seminars for your employees, it’s important to recognize the effectiveness of different training options. While many companies use online video training for their employees, this might not be the most interactive and engaging space to learn. Instead, one option is to look for courses that bring leaders in-house to work directly with your employees. This will encourage some employees to speak up and engage others who need to focus on listening. Make sure you are using software platforms that ensure 2-way communication with employees. This will allow you to push out critical information regarding upcoming staff training, company policies and resources, and how employees can access support channels for workplace grievances.

Ultimately, the success of these trainings and the safety of your employees is influenced by company culture. Are you actively striving to make your workplace a safe environment? Are these efforts visible to your employees? How have you handled employee grievances in the past? Make sure to lead by example. Employees will begin to take workplace safety seriously and strive to be better once they see you doing the same.

LEARN MORE ABOUT THE CORPORATE GUARDIAN SOLUTION FOR EMPLOYEES 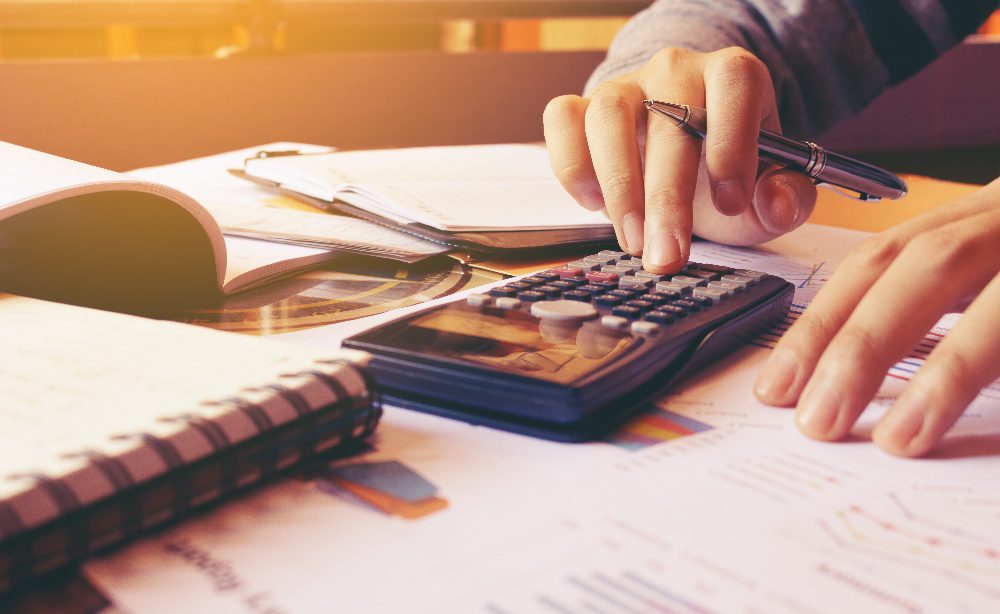 A recent report in the Wall Street Journal suggests IT budgets are beginning to thaw after having been frozen at the...
Read More 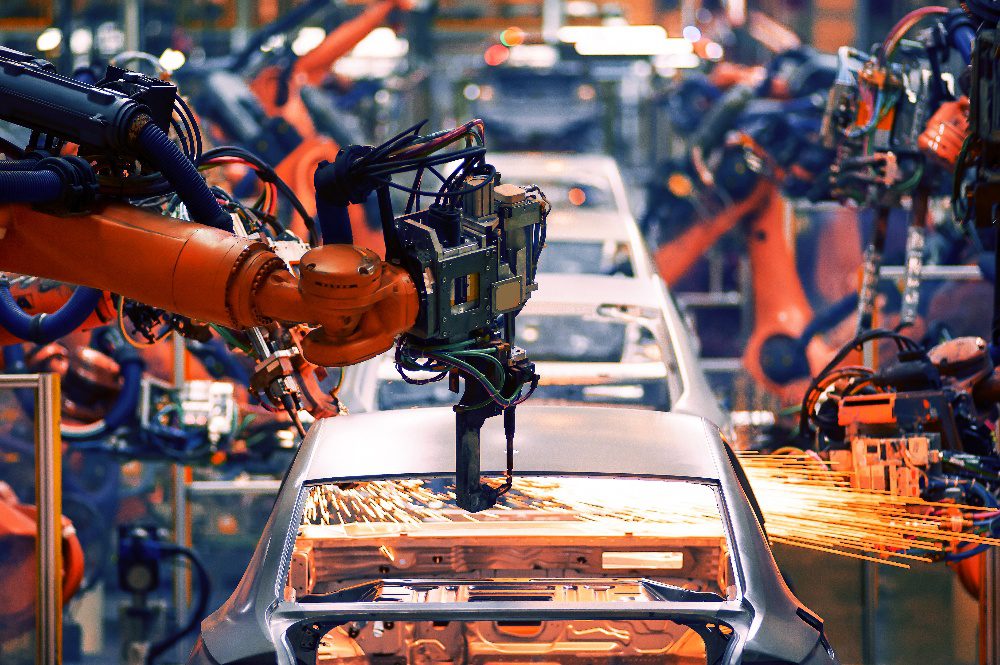 As countries and businesses begin to tentatively reopen in hopes to kickstart the economy, car manufacturers, such...
Read More

What to do if an Employee Tests Positive for Coronavirus

Is Remote Work Here to Stay?