Do We Underestimate How Much Nurses Deal with on a Daily Basis? 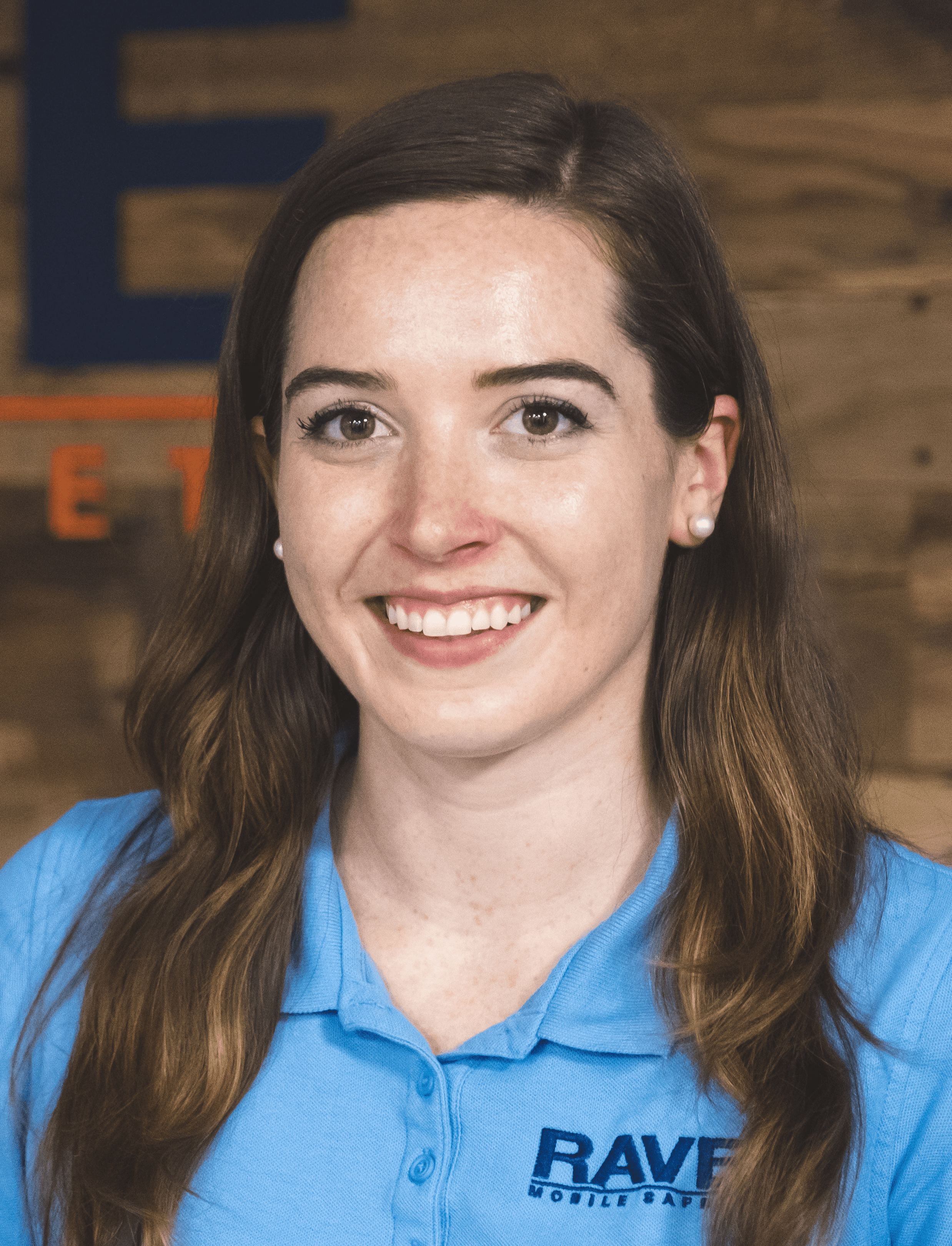 State Senator Maureen Walsh of Washington angered nurses across the nation. Walsh made remarks on the senate floor in April 2019 while discussing a bill that would ensure nurses receive uninterrupted meal and rest breaks so that they can provide the highest quality patient care.

The Senator had issues with the bill and proposed a surprise amendment, along with commentary about what nurses do. Her inaccurate comments gained national attention, causing an uproar among nurses and their supporters.

“I understand helping with employees and making sure that we have rest breaks and things like that. But I also understand that we need to care for patients first and foremost. And by putting these types of mandates on a critical access hospital that literally serves a handful of hospitals.  I would submit to you that those (small hospital) nurses probably do get breaks. They probably play cards for a considerable amount of the day.”

Not surprisingly, Walsh’s statement quickly received a negative reaction from the public and went viral. Nurses everywhere are responding that they are actually busy saving lives and rarely receive their lawful breaks.

The Washington State Hospital Association’s President and CEO, Cassie Sauer, posted a statement confirming that they do not support Senator Walsh’s amendment. The Washington State Nurses Association (WSNA) says Senator Walsh’s recent comments are not only disrespectful but also, “one of the most demeaning statements on the nursing profession since Joy Behar’s 2015 ‘doctor’s stethoscope’ comments on The View.” The public's reaction did not end there.

A petition has been created for Senator Maureen Walsh to shadow a nurse for a twelve-hour shift. The popular petition was started by a nurse in Chicago, Juliana Bindas, asking Ms. Walsh to spend a day shadowing a nurse so she could gain a deeper understanding of what a nurse’s basic shift is like.

“Nurses don’t really have time to even take a bathroom break, let alone play a deck of cards,” Ms. Bindas said. “It is completely false. We are busy taking care of your family members; we are making sure our patients are comfortable.”

The petition is not the only negativity faced by Ms. Walsh for her comments on nurses. Her office has received mail bins full of playing cards from people who did not appreciate her commentary. The senator said she had received hundreds of decks of cards and thousands of phone calls protesting her comments.

Two days after Walsh’s senate floor remarks, the WSNA website crashed after too many people viewed a blog post describing Walsh's comments as disrespectful and patronizing.

There has also been a flurry of activity on social media. Nurses voiced their frustrations with humor and gave onlookers a glimpse of a nurse’s typical day. Here's a sample of how Twitter reacted:

If I had a dollar for every time I had time to play cards at work... I would have zero dollars. #nursesplayingcards

*not my picture but it’s an accurate one pic.twitter.com/9bCJKIKDov

When you get a full house in your game of ER Hold ‘em... #Nursesplayingcards #KissMyAssWalsh pic.twitter.com/3uCGmgCUr0

Hey Sen. Maureen Walsh, up for a game of go fish later? 😒 There are shifts I barely get a chance to pee. #MedTwitter #girlmedtwitter #Nurses pic.twitter.com/GRSf7z7M0G

About the Bill & Amendment

The bill that was being discussed at the time of Senator’s Walsh’s comments was House Bill 1155. The bipartisan bill mandates uninterrupted meal and rest periods for nurses. Walsh was pushing for an amendment that would exempt smaller, rural hospitals from this mandate.

This bill hopes to close a loophole in the mandatory overtime law for frontline healthcare workers. Walsh’s proposed amendment, SB 5344, would keep worker protections at status quo or rolls them back at “critical access” hospitals, which usually have 25 beds or fewer in rural areas with small populations.

Recent reports suggest that smaller, rural hospitals would not benefit from Walsh’s amendment. Kate Rogers has written for CNBC about how the nation has been facing a nursing shortage and how this shortage may be worse among rural hospitals. Denying uninterrupted breaks and imposing overtime would make recruiting nurses to rural hospitals even more challenging.

Ms. Bindas, creator of the petition, spoke about the need for nurse breaks with the New York Times. “If there was a way we could have an uninterrupted lunch break it would be important not only for the physical but mental and emotional as well,” she said. “So you can also take care of yourself.”

In her follow up statement, Walsh has doubled down in her support of excluding small hospitals from the meal and rest break requirements.

"[House Bill 1155] will impose inflexible staffing requirements on hospitals that will dramatically increase their costs. I am worried that 61 of our critical access hospitals, those small-town hospitals with 25 beds or fewer, are already operating in the red. This will make them redder, and I am worried this added cost will force some of them to close. It isn’t proper for the Legislature to micromanage the way hospitals manage their staffing."

On the senate floor in April, Walsh made several claims about the nursing profession.

“If nurses get tired, let's stop letting them do 12 hours shifts, let's make them do 8-hour shifts. 12 hours, I know they want it but, then they come back and start talking out of both sides of their mouth and telling us how tired they are," says Senator Walsh.

Three 12-hour shifts a week is a common schedule for hospital nurses. Some people incorrectly view this as nurses working “only” three days a week. This allows nurses to have a flexible schedule and hopefully achieve work-life balance. The amendment would a require nurses to work five days a week to earn full-time pay. But nurses don’t choose this profession for the schedule. Nurses work these long shirts first and foremost for their patients.

One of the most significant benefits for nurses who work 12-hour shifts is continuity of care. Rather than a patient having three nurses in a 24-hour period, they have two: a day nurse and a night nurse. This rapport has been proven to help to improve outcomes and recovery. Longer shifts also help reduce communication related errors. The Joint Commission reported that at least 80% of serious medical errors result from a miscommunication between caregivers during handoff.

Nurses have also shared their experiences with these shifts, and 12-hour shifts are rarely only 12 hours. A 12-hour shift can easily run more than two hours over because nurses usually stay to hand off to other nurses, check on their patients and write reports. Nurses aren’t able to walk away the moment their shift changes if they are in the middle of helping a patient.

The Washington State Hospital Association was surprised by the amendment. “A nurse could be in the middle of a life-saving surgical procedure and there would be no exception to allow them to stay and complete their work” says Sauer. There are drawbacks to 12-hour shifts, but this type of schedule was developed and is standard primarily at the request of nurses, according to Sauer's blog post.

Senator Walsh says she offered the amendment limiting nurses to eight-hour shifts “to show there is more than one way to address labor’s argument that nurses are fatigued after working longer shifts.”

Senator Walsh has apologized since making her senate floor remarks. It is clear that she regrets making the comments. On April 22, the senator issued a statement via press release.  Although the media has blown up and taken the quote out of context, Walsh admits her remarks crossed the line.  She said she was trying to point out that the staffing needs of smaller, rural hospitals were different from those of the larger hospitals. “I really don’t believe nurses at our critical access hospitals spend their days playing cards, but I did say it, and I wish I could reel it back,” she said in the statement.

The executive director of the Washington State Nurses Association, Sally Watkins, said she did not think that a hospital’s size, location or number of beds ought to make a difference. “It should not matter where a nurse works: All nurses should have a break,” Dr. Watkins said.

In regards to her eight-hour shift amendment suggestion, Walsh has listen to the public’s feedback: “The thousands of nurses who have contacted my office have told me loud and clear that there are many who prefer to work 12-hour shifts so they can spend more time with their families. In recognition of that, I support the removal of the amendment and am confident it will be stripped off.” Walsh says in her statement.

Walsh has profusely apologized for her insensitive and inaccurate comments, and has acknowledged the viral petition: “I understand from news accounts that a petition is being circulated urging me to spend a day shadowing a nurse at a local hospital for 12 hours, and walk a mile in her shoes,” she said. “I look forward to receiving it and am happy to accept.” At this time, is it not apparent if Senator Walsh has shadowed a nurse’s shift yet.

In the end, the Washington State Legislature passed SHB 1155! The bill was signed by the governor on May 8 and the bill will go into effect in 2020. The final bill provides commonsense break and overtime protections to all nurses and techs in all hospitals across the state – with no eight-hour workday limit and no exclusion of Critical Access Hospitals.

According to the Washington State Nurses Association, “this bill will provide needed relief to nurses and other frontline health care workers – and, most importantly, it will help keep patients safe.”