In October 2018, the Centers for Disease Control and Prevention (CDC) updated its Public Health Emergency Preparedness and Response Capabilities to include the requirement that agencies benefitting from federal funding develop a vulnerable needs registry. This new requirement has been given priority status.

In March 2011, the CDC's Office of Public Health Preparedness and Response published its first National Standards for State and Local Preparedness. The publication lists the national standards for public health preparedness planning in order to assist state and local planners identify gaps in preparedness, determine specific jurisdictional priorities, and develop plans for building and sustaining preparedness and response capabilities in fifteen areas.

Following a review of the standards, an updated list of preparedness and response capabilities was published in October 2018 with the objective of strengthening the program. One of the most significant additions to the original list was the requirement for public health agencies to develop a vulnerable needs registry in order to identify at-risk populations that may be disproportionately impacted by emergency incidents or public health events.

The new requirement will impact agencies applying for funding under CDC-RFA-TP19-1901, who not only have to develop a vulnerable needs registry, but also plan on how they will respond to the needs of at-risk populations. The requirement also raises issues such as cost, data security, and compliance; and whether it is better for agencies to build a vulnerable needs registry from scratch or buy the technology and populate it from existing databases.

In 1993, a year after Hurricane Andrew revealed an elderly population grossly underprepared for a disaster, Florida became the first state to enact legislation requiring local emergency management agencies to maintain a vulnerable needs registry. The registry was populated by data available through the state's Department of Health and Rehabilitative Services, and reminders for registered citizens to update their information are sent once a year by utility companies.

In subsequent years, several state and local governments have followed Florida's lead. Delaware, Utah, New Jersey and North Dakota are among many states that now maintain state-wide vulnerable needs registries; while multiple counties and cities throughout the United States operate smaller-scale registries. Some jurisdictions also have vulnerability-specific registries. For example, the Division of Deafness in Maine maintains a registry for citizens who are hard of hearing.

There several options for populating and maintaining registries. Whereas Florida's vulnerable needs registry was populated by existing Department of Health data, many subsequent registries required eligible citizens (or their representatives) to self-register and self-update records. In the self-registering process, citizens are advised their personal information may be shared with public health agencies during an emergency and are required to give their consent to overcome potential HIPAA violations.

To best understand the challenges of building, maintaining and coordinating access to a vulnerable needs registry, it is necessary to first define what a register for vulnerable citizens is - not necessarily to answer the question “what is a vulnerable needs registry?”, but rather to explain what it consists of, the options for populating and maintaining it, and its objectives. There are also eligibility questions to answer, such as what is the eligibility for inclusion in the registry?

Most definitions of a vulnerable needs registry describe it as a database of citizens who would need specific support before, during or after an emergency. The database identifies the number, location and needs of registered citizens in order to allocate resources during emergency response planning and to deliver assistance when and where it is required. The database does not necessarily have to be computerized. Some localized, vulnerability-specific registries are maintained on paper.

The objectives of a vulnerable needs registry are to make sure the right resources are in the right place at the right time. For example, appropriate modes of transport and shelter may need to be in place prior to an emergency to facilitate an evacuation; backup power sources may be needed during an emergency by individuals who have electrically-powered medical equipment; and unique communication channels may need to be established with vulnerable citizens following an emergency.

What Constitutes a Vulnerable Citizen?

What constitutes a vulnerable citizen can also be challenging to state and local governments. During an emergency there are only limited resources available. To open a registry for individuals who have relatively minor vulnerabilities could compromise the ability of emergency response teams to deliver assistance to those in the greatest need. Therefore each government authority has to balance eligibility criteria against the resources it has available to assist citizens registered on its database.

To help emergency preparedness planners balance eligibility criteria, CDC defines vulnerable citizens as individuals with access and functional needs, such as needs related to communication, maintaining health, independence, support, safety, self-determination, and transportation. CDC recommends planners use the C-MIST Framework to identify at-risk populations, and provides examples of individuals that should be included in a vulnerable needs registry:

However, in the case of many state and local governments, the perception is that building, maintaining and coordinating access to a registry is too expensive for the potential benefits. There are also the costs of equipment and training to consider and compliance with security and privacy regulations. But what if the cost issues could be overcome? What if there was a way in which a database of vulnerable citizens could be built and maintained, and access coordinated within a reasonable budget?

Build vs. Buy - How to Overcome the Cost Issues

The perception that vulnerable needs registries are too expensive for the potential benefits has evolved from the experiences of state and local governments that implemented databases in the 1990s. These registries were built on Records Management Systems and SQL Databases that - at the time - were high maintenance technologies. Today the story would be different due to technological advances. So, is it time to change the perception of how much vulnerable needs registries cost?

The Case for Building a Database

Undoubtedly the costs of building and maintaining a database are much less than they were twenty years ago. The development of cloud computing has substantially reduced the cost of hosting a database and resolves many of the security issues associated with data protection. Furthermore, twenty years on from the early days of SQL Databases, more people are familiar with database management, so the cost of training system administrators would also be negligible.

There are however as many challenges - if not more - than twenty years ago. For example, the passage of the Healthcare Insurance Portability and Accountability Act (HIPAA) in 1996 means that healthcare facilities such as nursing homes and assisted living residences (which between them accommodate 2.3 million vulnerable citizens) would have to seek the authorization of their residents in order to “disclose” their health information to an emergency planning agency.

In order to add the disclosed health information to a vulnerable needs registry, the emergency planning agency would have to sign a “Data Use Agreement” that effectively commits it to complying with the technical, physical, and administrative safeguards of the HIPAA Security Rule.

Other challenges include how independent citizens register for inclusion on the database and how their information is updated. One of the criticisms of the vulnerable needs registries operating in Massachusetts and Vermont is that vulnerable citizens have to complete a paper registration form and email it to the database coordinator. From there the data and any subsequent amendments are entered manually onto the registry, increasing the cost of database maintenance.

In its defense, Vermont is one of the few states in which inclusion on its vulnerable needs registry is subject to an annual renewal. The state's system is also E911 compatible so the location of a vulnerable citizen can be traced via their mobile phone signal. However, the data recorded is limited to the options provided on its registration form, which are evacuation-orientated and not of any great benefit once a disaster has occurred. More options have to be provided to cover all eventualities.

Factors to consider before making a final decision

While the cost of building and hosting a database is less, these potential roadblocks should be taken into consideration:

The Case for Buying a Database

What is meant by “buying a database system” is the purchase of an emergency management platform that is integrated with an existing citizen-populated database to create a vulnerable needs registry with the click of a mouse. Provided the existing database complies with privacy and data security regulations, is self-administered, has vast data capacity, E911 compatibility and portability, the only challenges for state and local governments are the cost of the platform and education.

Using pre-built vulnerable population databases during a disaster, emergency managers easily identify residents in need of assistance, communicate with them, and assign resources to send help. Some databases have an interactive web-based map interface that allows emergency managers to create queries by demographics or location to single out any group or segment in need of assistance.

Factors to consider before making a final decision

While the cost of a platform might come into question, here are a few reasons why it should be considered:

An emergency management platform with a web-based, citizen-provided vulnerable needs registry gives emergency planners accurate information about the number of vulnerable citizens, the nature of their vulnerabilities, and the assistance they would need in the event of an emergency. With this information, emergency planners can prioritize their resources to ensure they are in the right place at the right time to provide assistance to their community's most vulnerable members. 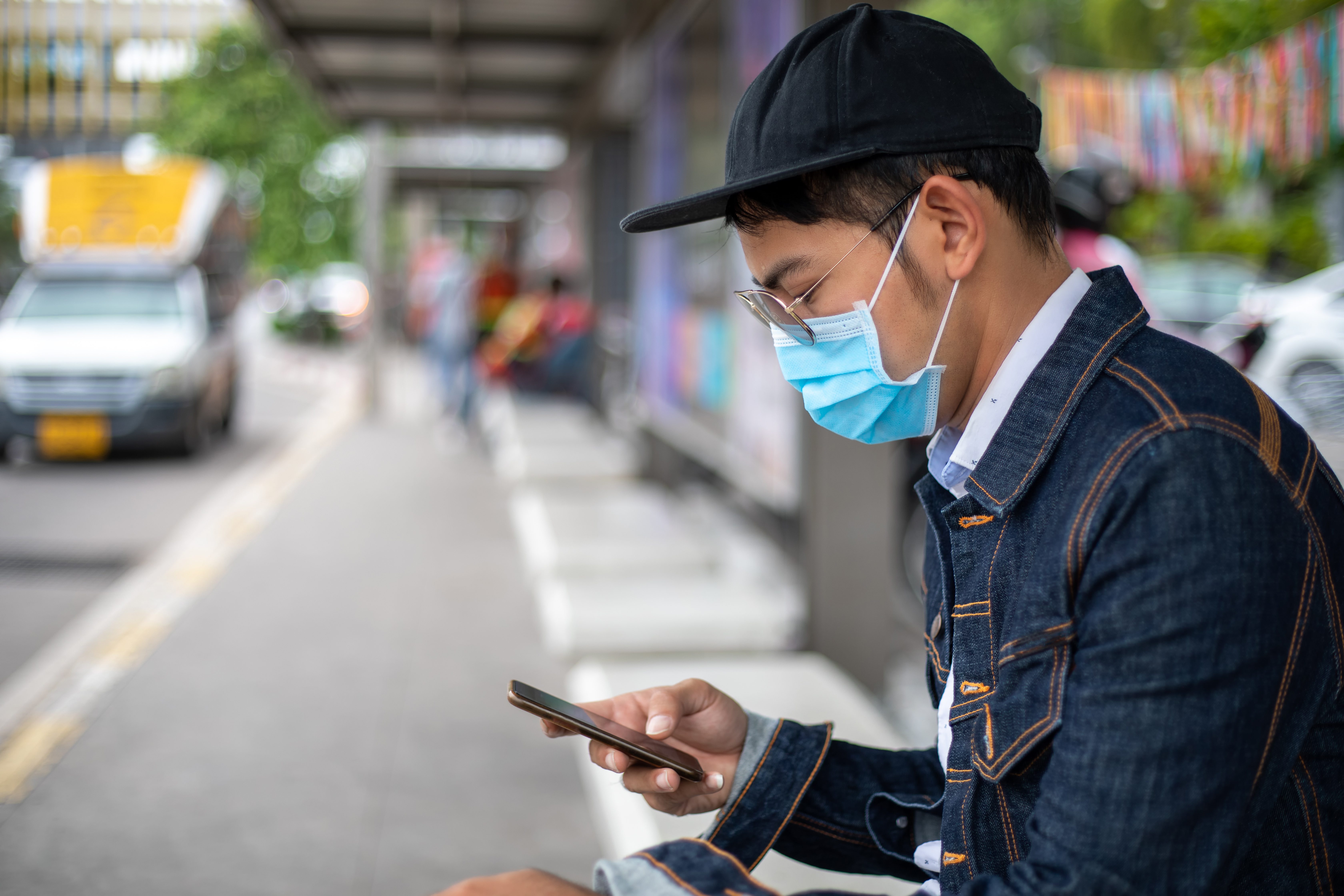 A new survey commissioned by Rave Mobile Safety and conducted by the independent research firm ResearchScape has...
Read More