It’s Back to School for the Nation’s Legislators: What’s Next Post Uvalde

It’s that time of year again for legislators across the country: back to school and back to the capitol. It’s a crucial time of year, especially as the midterm elections loom over. But, as a country, this back to school season has extra high steaks. After the tragedy at Uvalde, legislators have been tasked – again – with issuing major overhaul with school safety funding mechanisms and policies. In this post, we will highlight what Rave has seen across the country from states and the federal government in their response to the calls for reform.

First, and most notably, lets start at the top. Congress passed sweeping legislation on school safety in the wake of Uvalde, called the “Bipartisan Safer Communities Act.” While many of the mainstream articles detail what that bills accomplishes are mostly focused on the gun reform, however, lesser of those address the great strides in school safety and mental health funding came out of the recently signed legislative package. Here is a list of those specific provisions.

This will bring necessary resources to updating SchoolSafety.gov, a great resource for all stakeholders on school safety funding opportunities, research, tools, and more. This package also gave more money to the platform to extend its service to include a clearinghouse of all resources from individual states relating to school safety and security. Most notably, this Act will require a Board to review current federal grant programs and ensure each includes all research-based programs and tools as eligible projects within the appropriate program.

This makes millions of dollars in funding available for grants for states and localities for increasing school safety. This includes increases to allocations through the Bryne Memorial JAG Program, an amendment to Bryne JAG to include state crisis intervention programs as an eligible expense, the STOP School Violence Grant Program, new grants for installing/improving background check capabilities, community violence prevention and intervention grants, and increased funding for the COPS office to further their programming and resource database for preventing school violence.

Medicare Review and Increased Funding for Mental Health Programs in and out of Schools.

These provisions require the Government Accountability Office (GAO) to conduct a study on use of Medicare funds in the implementation of critical mental health services. It also includes a one-time deposit into Medicare and other critical Department of Health and Human Services subsidies for building out a modern mental healthcare continuum. It is important to highlight the specific highlights into 9-8-8, telehealth, technical assistance to schools on improving mental health access, and services and state crisis intervention programs.

Now, this covers a lot of resource and funding allocation, which has been long overdue. However, how are states looking at this package of funding and are any taking individual steps with state funding to implement school safety improvements? Here are 5 highlights of states that have taken up the task on their own accords.

Governor Hutchinson reissued an executive order to bring back their state’s school safety committee to evaluate the progress made since their convening in 2018 after the shooting in Parkland. The committee’s meetings are continuous until their final report is published in late October 2022, but their initial recommendations of investments include hiring school resource officers (SROs), mental health training, behavioral health assessment teams, and a grant program for school to purchase or enhance tools and resources.

Where the tragedy occurred, Texas officials were under the most pressure to implement legislation to address lapses in school safety in the state. In June, Texas Governor Abbott announced that $100 million will be invested into school safety. The notable action items of that $100 million is as follows: $50 million will be invested into shields for school officers and law enforcement officers, $17.1 million for a grant program for schools to implement a panic button, $5.8 million to enhance telehealth for children, $4.7 million to increase mental health treatments for at-risk youth, and $3 million for ALERRT training. The funding opportunities for body shields and ALERRT training are now available through the Governor’s Public Safety Office. In July, the report was released on a state committee’s findings on the where critical lapses in preparation and response occurred in Uvade.

Announced soon after Uvalde, Governor Sitt signed an executive order to call on all schools in the state to implement the Rave Mobile Safety Panic Button, which is the state sponsored safety tool for all school districts. Learn more information on Rave’s panic button.

The Denver Public Schools just announced investments into trigger alarms, cameras, and more SROs in and around district schools. Along with them, the neighboring Cherry Creek School District installed new technology to automatically lock classroom doors with a singular button and is working on increased and improved methods of communication for those in and out of the school building.

The critical nature of school safety has only been emphasized by a recently report from Everytown for Gun Safety, which just published its yearly study on gun violence at schools. Their reports conclude that the 2021-2022 school year experienced triple the amount of incidents of gunfire on school campuses than the previous year, and is higher than any individual year going back the last decade.

It is abundantly clear that school safety investments have come a long way, but there is still a longer road ahead. Here, it is important to reemphasize a point made recently from the National Institute of Justice (NIJ) from their report regarding school shootings: “Everyone can help prevent school mass shootings.” It is critical that we all take part in this solution because the solutions will only work if we take them seriously, at all times, fully utilizing the tools and programs open to us and others in our communities. Rave is here to build up communities across the country and collaborate with our preventive, proactive, and reactive safety tools to ensure all stakeholders have access to potentially lifesaving solutions. For more information on our initiatives in school safety and other sectors, please contact a Rave team member. 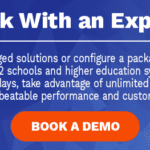