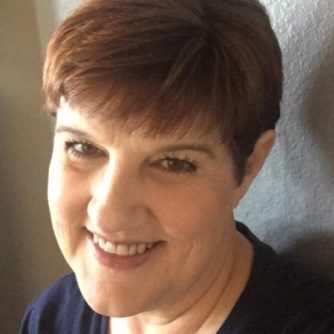 The Commitment to Effective 911 Community Engagement

Rowlett, TX is committed to executing a top-tier 911 community engagement strategy using outreach methods that address the core needs of the community while ensuring 911 telecommunicators and police forces are trained in the techniques and cultural competency.

A small bedroom community just east of Dallas, TX, Rowlett is focused on customer service and providing the best value to the taxpayers for their dollars. That’s why we implemented the Rave Alert mass notification system.

"The best thing since sliced cheese"

Several years ago, I was introduced to Smart911, a service that allows residents to create Safety Profiles to provide additional information to 9-1-1. Being at an agency where almost 90% of our calls were wireless, I thought the concept behind Smart911 was the best thing since sliced cheese!  Imagine being able to answer a wireless 9-1-1 call and have the caller’s information, including home address, prior health conditions, and even pictures…what a novel idea! What I didn’t know at the time was that Rave Mobile Safety was just launching an emergency notification solution for state and local agencies.

About a year after we publicly launched Smart911, I attended my first Rave User Summit where I learned about Rave Alert another product in Rave’s arsenal of public safety tools. Because I still had two more years to go on my other ENS contract, I was unable to do anything at the time but inquire about the product. However, I learned everything I could over the next few months, requested some enhancements, and when it was time, I switched mass notification systems.

When I proposed to the City leaders that we change systems (again), they could only be described as panic-stricken. Their biggest question was WHY.  I explained to them that Smart911 and Rave Alert utilized the same database, so citizens would only have to sign up one time to register for both services. One of the problems I had had in the past was that it took too long to register for both Smart911 and the ENS, so the citizens would choose not to register for either. We agreed to switch mass notification systems in part because Rave Alert solved that issue with one sign-up portal.

Getting the Word Out

When I switched to Rave Alert, Rave helped me load my list of opt-in citizens. This function allowed me to send an email with the Rave Alert registration link to residents encouraging them to sign up for the new system. Residents were able to register for Smart911 and Rave Alert simultaneously, increasing the number of registrants.

In addition to the emails that went out, I also conducted community awareness and public education sessions. Rave Mobile Safety provides marketing materials for every special occasion (such as Fire Prevention Week), as well as for everyday marketing (such as videos, social graphics, flyers). I scheduled a time to speak to various groups including The Chamber of Commerce, the Senior Citizens group, schools, and crime watch groups where I handed out printed materials that were available on Rave’s website. We have also utilized National Night Out, a community police awareness-raising event, to host a table with information printed from their marketing resource portal.

Training and Ease of Use

Once we had the system configured, I went through the video training for using the system. The video took me through every step of sending the different types of messages in a few hours. After I completed the training, I sent the link to the telecommunicators. I gave them a deadline for doing the training and practicing in the system before we went live. The day the system went live, one of the telecommunicators (who had been on vacation) was asked to send an alert. She had not seen the training video yet, but the system was so intuitive, she was able to log in and easily send the message. Score!!

Another great feature of the system is the automatic weather alerting. When tornado season hits, we generally don’t have time to send out all the notifications ahead of time. Since Rave partners with the National Weather Service, we have been able to do business as usual without having to worry about sending out notifications to tell residents to dive and take cover.

When Time is Critical

One of our best uses to date occurred very recently when we had a home invasion in which two of the suspects were shot by the homeowner. All four suspects were armed and on the run, with helicopters and officers searching with spotlights in surrounding neighborhoods. Our ability to quickly notify those neighborhoods to stay inside and lock all the doors more than likely saved someone’s life.

The Rowlett, TX 911 community engagement strategy leverages Rave Alert for far more than just emergency communications. Besides the usual public safety notifications about spraying the city for mosquitos, we use it for overtime alerts, fire marshal notifications for structure fires, and even neighborhood potluck parties.

Switching mass notification vendors is never easy. However, Rave’s training, easy-to-use platform, integration with the National Weather Service, and unlimited messages ensured we can keep our residents informed and safe.

Beth English, ENP is the Emergency Communications Director in Rowlett, TX. She is responsible for the overall operation of the emergency communications center for the city of Rowlett including 11 Communications Officers and two Communication Supervisors. Beth oversaw the implementation of Rave 911 Suite including Smart911 and Rave Alert. She also spearheads outreach efforts to generate sign-ups in her community.