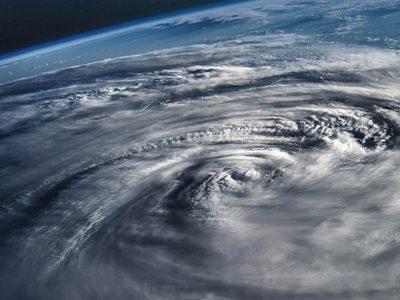 There are more tornadoes per square mile in Florida than in any other state. When a hurricane or a major storm comes across the Florida peninsula, it has the potential to spawn tornadoes in its northeast quadrant, and central Florida is often in this area.

The lead time to warn Floridians about tornadoes is vital and brief. The current average lead time for a tornado warning is 13 minutes, according to the National Oceanic and Atmospheric Administration (NOAA). This means that from the time a warning is issued to the time it’s predicted to hit an area, people have 13 minutes to seek shelter.

“The faster we can alert, the better,” said Joe Thalheimer, the University of Central Florida’s Warning and Communications Coordinator. “Since it’s based on an average, we may not have the whole 13-minute lead time.”

The University of Central Florida (UCF) is located east of downtown Orlando, where it spans 1,415 acres and includes approximately 220 buildings. The university has more than 68,000 students and upwards of 13,000 faculty and staff members. It also has 11 regional campuses located throughout central Florida. UCF is the largest university in Florida by enrollment and one of the largest universities in the nation.

During the 2017 spring semester, UCF was notified the company, which provided its Layer 3 distributed recipient mass notification system, was leaving that market segment. Thalheimer had a few months to find a replacement notification system.

UCF sought bids for new mass notification providers and Thalheimer looked at companies who have successfully supported large universities. He also spoke to peers from other large universities, asking them which systems they used, who’s on their systems, how long did it take to get a message out, and what they liked about their systems.

Florida already had a statewide notification system; and however, Thalheimer also wanted to add another layer of protection for the UCF community. The university selected Rave Alert as its mass notification system. Rave Alert email and text notifications are sent to students, faculty, employees and other non-UCF entities working on campus, such as food service vendors, construction personnel and temporary workers operating on long-term projects.

The university tested Rave Alert throughout the summer of 2017 and was all set to do its regularly scheduled fall semester test, when Hurricane Irma developed in late August. After causing massive destruction in the Atlantic, the hurricane took aim at Florida in September. The Category 4 hurricane caused the Kennedy Space Center, Walt Disney World Resort and other major businesses and theme and water parks to shut down.

Prior to Irma making landfall, UCF instructed as many people to evacuate as it could. About 3,000 stayed on campus in ride-out locations with the university’s law enforcement officers. While in their ride-out locations, they received email and text notifications from Rave Alert, as well as in-building and wide-area loud voice announcements. When Hurricane Irma reached Orlando, its winds topped out at 78 mph, knocking out power to more than 1 million homes and flooded neighborhoods in the area.

The UCF Department of Security and Emergency Management began sending emails and text messages on September 5, 2017, providing hurricane updates and offering resources to the UCF community. UCF sent one or two messages every day until September 12, 2017, when it sent the final hurricane-related message. A brief message was sent out about the situation, using 160 characters and linked UCF users to a web page where they could find additional information. Messages included hurricane updates (the location of the storm, timeline, expected impacts and protective measures),
the cancelation of the Memphis vs. UCF football game, shelter information for students who didn’t live on campus, class cancelations and campus closures and reopening.

Alerts increased on September 11, 2017, when Irma made landfall spawning over 50 tornado warnings across central Florida; there were 21 confirmed tornadoes across the Florida peninsula. If any campus was located within the National Weather Service’s tornado polygon, it was automatically alerted through geo-fencing. Several of the tornado polygons crossed over UCF campuses. Thalheimer and his colleagues, who were stationed at UCF’s Emergency Operations Center throughout Hurricane Irma, sent out Rave Alert messages to the UCF community. The messages were received in approximately two minutes, while messages from the surrounding counties were delayed by as much as 20 minutes, despite being sent at the same time.

“You don’t have a lot of response time in a tornado situation,” he said. “In 20 minutes, the tornado is gone. It’s gone.”

“When the UCF community is in harm’s way, that’s when we use Rave Alert,” he said. Notifications are issued when they’re related to Clery Act guidelines and potential life safety situations, such as alerting the campus community to avoid specific areas due to police activity.

Rave Alert is strictly used for emergencies and UCF users are automatically enrolled in the system. When Hurricane Irma hit, UCF had approximately 76,000 users in the Rave Alert notification system, and now currently has about 78,000. The UCF campus community can only opt out of text message alerts, and less than 5 percent of its 81,000-member community have opted out.

UCF also uses Rave Alert’s SMS Opt-In feature with law enforcement personnel during special events. Along with its 80-member police department, the university employs off-duty law enforcement personnel from five agencies for home football games. Approximately 150–200 police officers provide safety and security on game days. The feature allows these officers to opt into Rave Alert temporarily by texting a keyword to a short code. As these officers safeguard events, they receive text messages and information about particular situations. SMS Opt-in can be configured to automatically expire on a specific date or after a certain amount of time, so officers from outside agencies don’t receive notifications after the event is over.

The university continues to test the system throughout the year, especially since UCF undergoes a “huge” database transition with thousands of students graduating each semester.