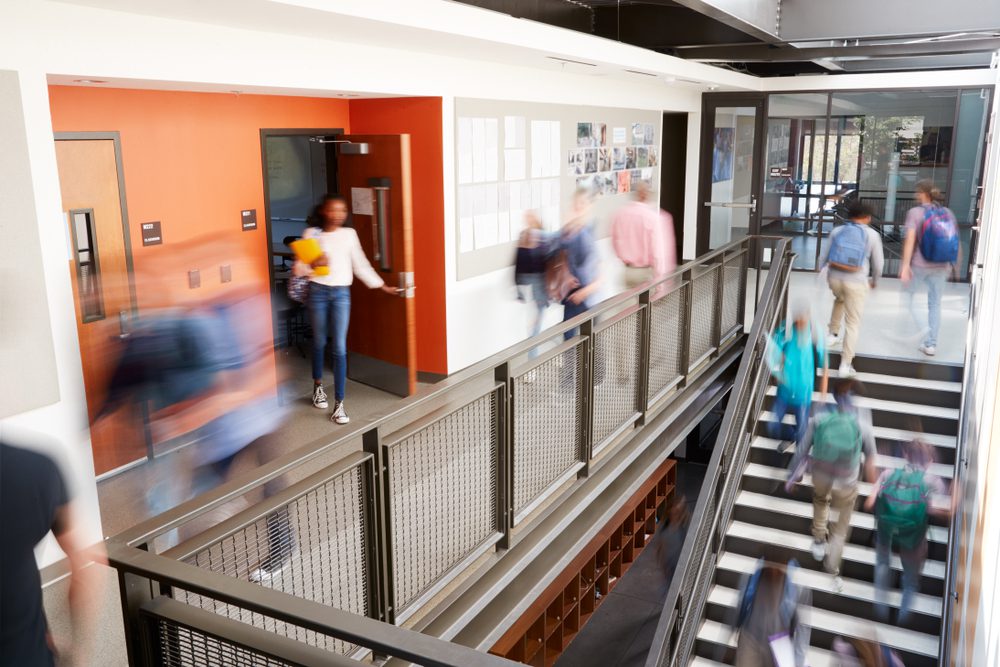 Snohomish County, Washington dispatch trainee Zack Sanders answered a panicked call. The caller said an excavator had hit a gas line, triggering a large gas leak near North Lake Middle School. As Sanders tried to learn more information, the caller simultaneously tried to warn individual classrooms and teachers about the gas leak. Before Sanders could get all the details from the caller, the line was disconnected, and no one answered when he tried to call them back.

Sanders was left with very little information about an incident that could possibly put North Lake Middle School’s students and staff in danger. If what the caller said was true, then the entire school needed to evacuate the building as soon as possible. With very little time to act and limited options, Sanders turned to the Rave Panic Button.

Rave’s Panic Button is specially designed to communicate and alert users to emergencies so they can take appropriate action immediately. With the push of a button, the Rave Panic Button app dials 9-1-1 while simultaneously sending notifications to people on-site of the incident. Fast internal communication is possible through the Staff Assist feature allowing templated or ad-hoc messages to be sent to internal groups like teachers who are responsible for evacuating students, or message templates telling staff to go into lockdown in their classroom or exit the building entirely.

Additionally, the Rave Panic Button app delivers critical response data to 9-1-1 dispatchers and first responders, giving them tools to coordinate a faster and more effective response. They can learn critical information such as caller location, floor plans, emergency exit locations, emergency contacts, and access codes. This allows 9-1-1 to serve as an incident command center by using this additional information to provide instructions to the first responders, on-site administrators, and security. The enhanced coordination between authorized app users, 9-1-1 call takers and first responders saves time when it matters the most.

By using the Rave Panic Button, Sanders was still able to take immediate action even after he was unable to reconnect with the caller. He sent a message to the school’s staff members who had the Rave Panic Button app on their phone, stating, “There is a reported natural gas leak outside on campus. Follow appropriate procedures.”

Once the school was evacuated and police and first responders arrived, they were able to use facility information to search the building and ensure that everyone had fully cleared out of the building.

According to North Lake Middle School’s Principal Brad Abels, these enhanced communication capabilities were beneficial when it came to informing the school’s staff about the evacuation.

“Most of my staff have the Rave Panic Button app on their phones,” he said. “The app let my staff know that there was a gas leak, and that was the reason for the alarm being sounded. Without the app, my staff would not have known the reason for the evacuation until we were all at the meeting point and I briefed them.”

Operations Systems Coordinator Derek Wilson says the swift and safe evacuation of the school was due in large part to Sander’s quick thinking and use of the Rave Panic Button. “There was a need for students and staff to not only vacate the building, but also to remain clear of the gas leak itself once outside,” Wilson said. “The Rave Panic Button helped us advise staff of the hazard specifics and the potential need modify their evacuation procedures.”