How a Lockdown in School Prevented Another Shooting Tragedy in Arkansas

How a Lockdown in School Prevented Another Shooting Tragedy in Arkansas 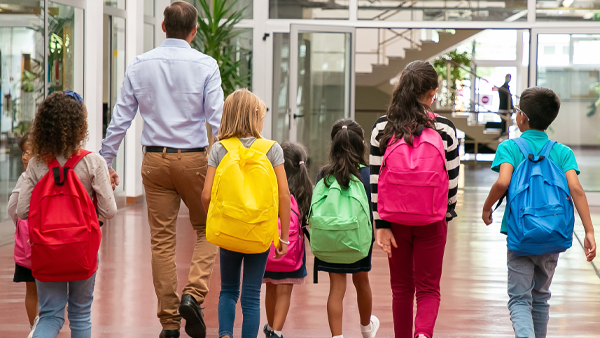 In an era where school shootings are a concern across the country, any averted crisis is significant. In Marion, Arkansas, a local high school prevented a shooting tragedy by running a lockdown in school triggered by a new safety technology.

School shootings are common in the United States. In recent years, the number of gun-related incidents occurring on school campuses has increased significantly. According to the Everytown Research Center, there have been 200 school shootings in America since 2013, and school shootings occur, on average, once a week. These numbers constitute any time a firearm discharges a live round on a school campus or grounds, as documented by the press and confirmed by local law enforcement. The Everytown Research Center was founded in response to the Sandyhook School shooting in Newtown, Connecticut in which 20 children and 6 adults lost their lives.

These active shooter incidents are tragic and have instilled fear in both students and faculty. Local law enforcement and campus safety managers are exploring new ways to improve security on campus, and these strategies often include leveraging innovative technology. Unfortunately, current statistics on school shootings indicate these events occur at an alarming rate. While there are no perfect solutions, there have been cases where a shooting was prevented.

As emergency response plans adapt, more school shootings and other acts of student violence can be prevented. In Marion, Arkansas, the Rave Panic Button mobile app helped one local high school prevent an active shooter situation by automatically initiating a lockdown in school.

When one student overheard another student bragging about bringing a firearm to school, they reported the incident to an adult. To Initiate school safety protocol, the teacher acted swiftly, clicking the “Active Shooter” button in the Rave Panic Button app. This activation instantly alerted all faculty and staff while simultaneously calling 9-1-1 to notify first responders. Immediately, a lockdown in school was underway and a school resource officer arrived on the scene, followed by a second officer just two minutes later. Within 8 minutes, the 16-year old student was apprehended, the gun was secured, and no one was hurt.

The school evacuated and safety was ensured for the rest of the campus. “The teacher, we saw his facial expression and he immediately told us to run, so we ran outside to a safe point,” one student told a local news station after the incident.

There are valuable lessons to be learned in how the school system, students, and faculty managed to evade this crisis. While technology played a key role, it was the teachers and students of Marion that should be thanked. According to local news coverage, Marion had been practicing emergency safety procedures in the weeks prior to the incident, including an active shooter drill. “They do things quickly; they take care of it as soon as it happens. I knew they had everything under control, I wasn’t worried about that,” a student’s parent told Fox news, “I just think about the stuff that happened at other schools, Jonesboro and different things, anything could happen any minute; somebody could start shooting.”

The app was quick and effective, ensuring every student was able to evacuate to a safety point. The Panic Button app was introduced to public schools after the Arkansas state legislature mandated that notification and emergency safety technology would be part of the state’s public safety plan.

The active shooting reports in the past couple of years are an understandable cause for concern for parents and students alike. While reports of active shooters have become common in the contemporary news cycle, it’s rare to hear about school shootings that were prevented. It’s important that schools establish a comprehensive emergency plan that can adapt to address potential threats, and as in Marion, Arkansas, even prevent these situations from occurring. Technology solutions are on the forefront of tackling these safety challenges, and as it is introduced into school systems these situations will become easier to anticipate and prevent.