Which Active Shooter Statistics Are the Most Accurate?

Many different versions of active shooter statistics exist today because of the different sets of criteria agencies use to define active shooter incidents. This makes it difficult to get an accurate read on the scale of the problem and on how much effort should be put into preventative measures.

The widely varying statistics is attributable to the way in which incidents are defined. For example, the FBI and Mother Jones database both exclude gang killings and shootings in most residential locations; but whereas the FBI counts incidents in which three or more people were shot including the perpetrator, the Mother Jones database excludes the perpetrator from its “three or more” criteria.

The “perpetrator factor” goes some way to explaining the difference in active shooter statistics produced by the Mass Shooting Tracker and Gun Violence Archive. However, a comparison of their respective databases shows that some incidents identified by one source may not be picked up by the other - implying that the actual number of active shooter incidents each year could be much higher.

Using the definition that an active shooter incident occurs when an individual “has the primary objective of killing or attempting to kill people in a confined or other populated area” does not help establish which set of active shooter statistics is most accurate. This is because shooters' motives are not always apparent - and impossible to determine retrospectively when the shooter has been killed in the incident.

However, analyzing active shooter statistics from the same source can help identify factors such as most common locations at which incidents occur and trends in how incidents are evolving over time. The FBI's active shooter statistics date back to 2000, and the agency has categorized the incidents by location - making it easier to identify the most common incident locations and trends in mass killings.

The table below shows the FBI's distribution of active shooter incidents based on the 277 events recorded between December 2000 and December 2018. The figures in brackets indicate the number of incidents in each category, and we have conducted a deeper analysis into selected categories below. (“Businesses Open to Pedestrian Traffic” relates to stores, bars, restaurants, etc., while “Businesses Closed to Pedestrian Traffic” relates to offices and other private areas of commercial premises).

Active shooter incidents on state and local government properties were few and far between until 2009. However, since 2009, there have been twenty-four events (out of a total of twenty-eight) where the FBI consider an individual had the primary objective of killing or attempting to kill people on government properties. 40 people (excluding the perpetrators) lost their lives, and a further 42 were injured.

Mass shootings in K-12 schools typically result in much higher casualty rates. During the period recorded by the FBI (which starts after the tragic events at Columbine High School), 96 students and teachers were killed, with a further 138 physically injured. Many thousands more will carry psychological scars for the rest of their lives - something that's not considered in active shooter statistics.

In its analysis of active shooter statistics, the FBI determined that the majority of incidents in higher educational institutions involved current or former students (11). Of the remainder, three were committed by employees, one by a perpetrator with no known connection to the institution, and one by a patient visiting a university medical center. The shootings resulted in 65 deaths and 67 injuries.

The FBI's active shooter statistics vary the most with other sources when it comes to healthcare. According to one source there were 154 shootings in healthcare facilities between 2000 and 2014. However the author notes that only 10% of incidents met the FBI's three-victim criteria. It is also more than twice as likely the victim is known to the perpetrator in a healthcare shooting incident.

Furthermore, 2018 wasn't a unique year for the majority of incidents ending with the arrival of first responders. In 2014, Rave Mobile Safety's Noah Reiter dug deep into a study conducted by NYPD which found only 16% of the 230 active shooter incidents reviewed ended without “applied force” (you can read “Reducing Reaction Time to Active Shooter Incidents through Technology” here).

These statistics demonstrate the importance of accelerating responses to active shooter incidents as quickly as possible, and having a system in place that minimizes the amount of time between a shooter entering a premises and first responders being alerted to the incident. The smaller the window available to an active shooter, the fewer deaths and injuries will result from an incident.

In locations such as business premises, government properties, K-12 schools, institutions of higher education, and healthcare facilities, early notification can also help mitigate the impact of an incident. In her blog “How to Speed Up Response to Active Shooters in Higher Ed” (link), Rave's Katharine Dahl explains how a panic button app can simultaneously notify 9-1-1 and staff to an on-site shooter so emergency responses can be accelerated and lockdown procedures initiated without delay.

Even though some may not agree with the way in which the FBI compiles its active shooter statistics, nearly all incident databases indicate an increasing trend in shootings. Security experts have various theories about why there are more incidents this decade than last, but many of their “solutions” deal with protecting against active shooter threats rather than addressing the triggers.

In 2018, the FBI analyzed the pre-attack behaviors of active shooters between 2000 and 2013 (PDF) in order to establish shooters' triggers, and found that perpetrators displayed between four and five observable stressors in the year before they attacked. In 62% of cases, researchers identified a history of acting in an abusive, harassing, or oppressive way, while other significant observable stressors included:

A separate study conducted by the National Threat Assessment Center found that in 31 of 37 school shootings, the perpetrator had told at least one person about their plans, and that in 22 cases, two or more people knew about the planned attack in advance. This “leakage of violent intent” has been identified by the FBI as a common factor in many active shooter incidents.

Had these observable stressors or “leakages” been identified and reported to authorities (employers, teachers, security, etc.), a significant number of incidents could have been prevented. However, individuals can often be reluctant to report persons displaying negative behaviors due to fear of retaliation, the belief that nothing will come of the report, or simply because the individual observing the negative behavior doesn't want to get involved.

In 2019, the Secret Service's National Threat Assessment Center (NTAC) released the results of research it had conducted on targeted attacks on schools by current or recently former K-12 schools students. (PDF) The research covered the period 2008 to 2017, during which time forty-one incidents matched the NTAC's criteria of a targeted attack:

A current or recently former K-12 school student, who purposefully used a weapon to cause physical injury to, or the death of, at least one other student and/or school employee, in or on the immediate property of the school, while targeting in advance one or more specific and/or random student(s) and/or employee(s).

Twenty-five of the forty-one incidents (61 percent) involved the use of a firearm, while seventeen of the total number of attacks took place within the first week of the attacker returning to school following an absence due to a vacation, illness, truancy or suspension. Ten of the forty-one incidents took place on the day the attacker returned to school following an absence.

With regards to the “leakage of violent intent” mentioned previously, twenty-three of the attackers had communicated their intent to stage a targeted attack within two weeks of the incident. Among the reasons given for not escalating the communications to a higher authority, NTAC researchers reported: 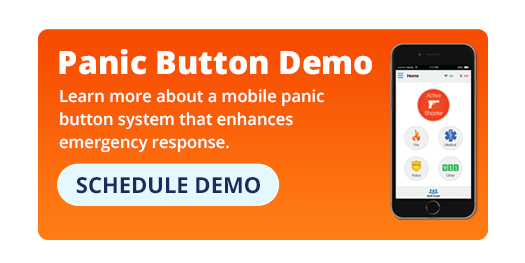 One of the most successful ways of overcoming the reluctance to report negative behaviors is an anonymous tipping service. Anonymous tipping services are credited with preventing and solving multiple crimes, and - in Colorado - the anonymous Safe2Tell service for students last year received 2,786 tips about suicide, 1,831 tips about possible drug use, and 692 tips about possible school attacks. It is likely at least one school shooting was prevented and dozens of student lives saved.

In business environments, government properties, and healthcare facilities, anonymous tipping services not only mitigate the threat of an active shooter, but can also help prevent workplace violence. As anonymous tips are collected and triaged, security teams and HR departments can identify trends in negative behaviors indicating a threat to the organization and/or its employees. This provides the opportunity for intervention before a situation escalates and the shooter´s triggers are activated.

Together, panic buttons apps and anonymous tipping services can help reverse the trend in active shooter statistics. They can make workplaces, schools, and healthcare facilities safer, and help reduce the number of innocent lives lost each year. To find out more about our innovative solutions to prepare better, respond faster, and communicate more effectively before, during, and after an active shooter incident, do not hesitate to contact us.

Talk to a Rave consultant about your active shooter safety options.

Learn how to protect your community from active shooter incidents and other emergencies with Rave safety solutions.