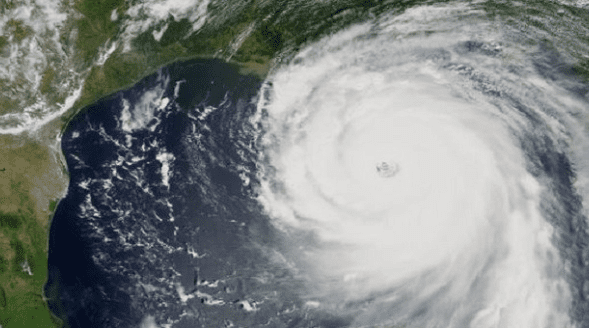 MUSC is the oldest medical school in the South, as well as the state’s only integrated, academic health sciences center. Each year, MUSC educates and trains more than 3,000 students and nearly 800 residents in six colleges.

In September 2018, Hurricane Florence barreled toward the U.S. with the Carolinas in its sights. The Category 4 hurricane packed 140 mph winds and parts of the region were expected to have 20″–25″ of rain. Its track increasingly became more complex as it approached the Carolinas.

The crisis communication team at the Medical University of South Carolina (MUSC) enacted its response plan six days prior to landfall, sending messages out to 23,400 members of its campus community through their Rave Alert mass notification system. The first emails and text messages went out at 9 a.m. on Sunday, Sept. 9, discussing the hurricane and providing resources. MUSC sent messages out three times a day at regular intervals every day until the following Sunday, Sept. 16, when they sent the final hurricane-related message.

MUSC, which was founded in 1824, is located in Charleston, South Carolina, and consists of aa 800-bed medical center (MUSC Health) and six colleges: dental medicine, health professions, medicine, nursing, pharmacy and graduate studies. MUSC Health is a Level 1 trauma center and is South Carolina’s only transplant center, with four hospitals on its downtown Charleston Medical Center campus and over 100 outreach locations. More than 3,000 students and 700 graduate health professionals attend the teaching hospital, and MUSC has nearly 14,000 employees, including over 1,700 full- and part-time faculty members.

“We needed a way to cut through the clutter,” said Heather Woolwine, MUSC’s public affairs and media relations director. ”We had a simple, informative, reliable subject line: Hurricane Florence Weather Update. We didn’t want to become everyone’s meteorologist or forecaster. We wanted to give information about weather resources, as well as information that was germane to what area in the enterprise you serve. If we didn’t have any update for a particular group, we identified that right away.”

Messages, which featured Hurricane Florence updates and links to the National Hurricane Center and FEMA, were sent out within an hour of MUSC’s leadership meetings. During the hurricane and later tropical storm, 23,400 members of the MUSC community, including students, faculty, hospital authorities, doctors, nurses, students on rotation, employees at clinics or practices, and contracted employees, received messages. Woolwine said “anyone with an MUSC badge” received updates. All told, 29 messages were sent out through email and text to the MUSC community, totaling 678,600 messages during that week.

“When you’re dealing with short attention spans, plus a crisis situation, plus people not being on campus and some people are on campus, you need to find a way to keep everyone engaged when you’re trying to reach everyone with the same message,” Woolwine said.

One area the MUSC crisis communication team focused on during the hurricane was transportation updates, including bus schedules and real-time traffic updates from the South Carolina Department of Transportation.

The main campus is located on the Charleston peninsula, which sits below sea level. Woolwine said that area has a tendency to flood during major rain storms even if they don’t include high tides. Sometimes it experiences flooding at the start of the event, such as before a hurricane lands, but every event is different. “We don’t know until we get into it, so traffic updates are important,” she said. The MUSC community needs to know if the buses are still running, especially since many take express busing around the suburbs to get to MUSC. “If busing is closed down, they need to know how to get here and what they can utilize.”

Meanwhile, some messages linked to internal sites for MUSC staff who needed to remain on-site during and after the storm. About three-quarters of the MUSC community, including faculty and students, don’t stay on campus during a storm. For staff that need to remain on campus, Woolwine said they’re on campus for 96 hours, so they need to know about complementary meals, gym hours, sleeping accommodations, shower schedules for off-duty staff, and off-duty activities (movies and karaoke) to stave off boredom and relieve stress and anxiety.

Rave Alert’s ease of use was on full display for the MUSC crisis communication team as it continuously informed the community.

“We could pull the car over and send a message on the side of the road,” said Bryan Wood, MUSC’s emergency manager.

MUSC has been using Rave Alert since 2014, evolving the mass notification system from just emergency notifications to crisis communications.

Wood and Woolwine said they distinguish emergency and crisis communications by life safety. Emergency notifications, which are overseen by MUSC’s public safety office, focus on life safety incidents, such as earthquakes, active shooter and fire, that impact the MUSC campus, and these notifications are branded as such.

They said crisis communications include hurricanes and other weather emergencies that allow MUSC to plan messaging, cyberattacks and other reputation crises, and viral outbreaks that impact the community’s health and well-being. They use all kinds of methods of communications, such as email, text and social media, to reach the MUSC community.

“When they see that branding, they’re conditioned to seeing it’s a crisis communications,” Wood said. “These messages need to have value because we’re sending tens of thousands of emails out to our organization. It needs to be reliable or that message is going to be another spam email to them.”

“It’s what we call ‘the secret sauce.’ We use Rave Alert for a full litany of other ways. We utilize it to get crisis communications out to everyone.”

The MUSC crisis communication team was developed out of a task force, which consists of members from IT, legal, emergency management, media relations, risk management and information security. As the team has refined its methods, they’ve focused on communication and segmentation to get the message out. Woolwine said MUSC has been fine-tuning this process for the last five years and the team believes the process is in a good spot. Information is provided at the enterprise level and segmented as appropriate, with the unit, departmental and other leadership of the organization knowing that they are to take the large scale messages and then break those down further as needed for their specific audiences. Only a small team is involved in quickly approving messages.

“When Bryan, myself and others are in a situation, we’d rather overcommunicate than under communicate,” Woolwine said. “We have to walk a fine line between giving people enough information so know what they’re supposed to do, but we don’t want to do that too much to the point where people tune you out.”

The team sends some crisis communications to MUSC unit supervisors and leaders, so then they send specific information to their reports. “Everybody starts from the same song sheet,” she added.

Meanwhile, MUSC campus community has a diverse setup so Wood’s been a proponent to make sure certain members who don’t or can’t use MUSC email unless they’re sitting on campus can still receive communications. Wood, who is also vice president of South Carolina’s Colleges and Universities Emergency Managers Association, has pushed the community to include alternative email addresses, such as Gmail and Yahoo, so they still access email on their phones.

“We have a wide, vast, divergent community and we need to get organizational crisis communication out to them,” Wood said. “Rave Alert was the only way we could guarantee each and every person within our entire enterprise is getting messaging that we need them to get.”

Though the MUSC crisis communication team has fine-tuned their communication process, Wood said the team is looking for more ways to get better.

“It’s a work in progress,” he said. “We never think we’re OK and we’re done. We’re continually researching for other resources. We never have a finished product. We always want to get better.”