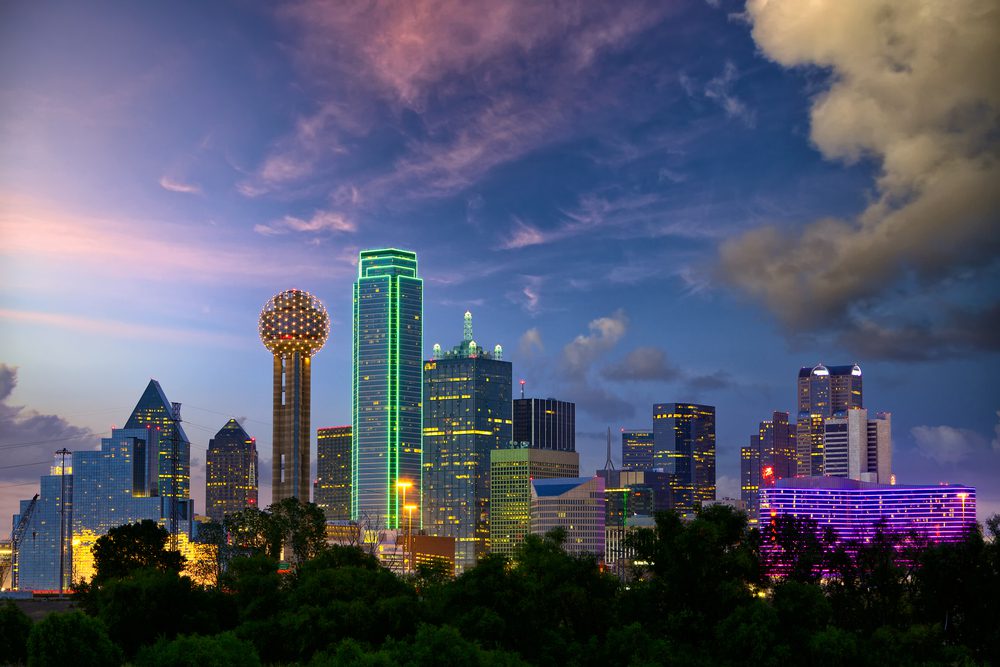 Downtown Dallas Inc. (DDI), a private, non-profit advocacy group, facilitates funding for the quality of the downtown Dallas area for businesses, entertainment, culture and hospitality environments. This includes public safety, capital improvements and planning/transportation for about 140,000 employees and over 12,000 residents in the immediate downtown area.

The downtown area of Dallas is in the midst of a major renaissance, adding high-rise towers with offices, restaurants and stores. The building boom, which started in the early 2000s, includes dozens of residential conversions and new high-rise condos, as well as additional parks and plazas. All this growth is encouraging more people to live, work and visit downtown Dallas, resulting in the need for a comprehensive safety strategy for the downtown area.

“There was over 300 mass casualty events in the U.S. just last year and communication is critical, whether you’re in a school, commercial building or business,” said Martin Cramer, vice president of public safety at Downtown Dallas Inc. “Being able to communicate with those individual employees with some type of system that’s generally cell-based is really at the forefront. It’s almost every day you read something about an active shooter event, and Rave Mobile Safety and mass notification play a critical role in notifying people about an event.”

About 140,000 employees work in the downtown area, with over 250,000 people employed in the city center. More than 30 companies have their headquarters in downtown Dallas, including AT&T, Comerica Bank, Hunt Oil and the Dallas Morning News. Dallas has the ninth largest high-tech job concentration in the U.S.

The downtown area also features over 190 shops, approximately 500 restaurants and 100 live music, art and cultural venues, as well as 52 acres of greenspace across 40 parks and plazas. Over 12,000 residents live downtown, while more than 70,000 live in the city center. Plus, there are about 30 primary and secondary schools, as well as colleges in the area. More than 90 development projects are currently under way in the city center.

The City of Dallas has a mass notification system, but the alerts are not specific to the downtown area. DDI uses Rave Alert to notify commercial property owners, operators and facility and security personnel of incidents, who in turn alert their employees, residents and others.

“We fill in the gaps that the city can’t do,” Cramer said. “What we focus on is a deliberate mass notification system that’s just for the commercial, residential, hotels and schools within the downtown area. We let them know if there’s a critical incident, such as a road closure, a fire or whatever impacts downtown as far as egress and getting people in and out of downtown, or if there’s an incident. They’ll get the message from us and they’ll blast it out internally.”

DDI sends out about 150 email and text alerts a year, not including follow-up messages, about all kinds of incidents, including active shooter situations, building fires, flooding and road closures. These messages are sent to 1,700 business owners, operators, and security and safety staff who are responsible for overseeing a commercial property, school, hotel or residential property. Once a message is sent out, a member at one of these locations is responsible for sharing that message internally with the residents of that location.

For example, a fire started in a restaurant impacting the area. The fire in time got close to a Dallas Area Rapid Transit (DART) stop, suspending service. Cramer said he sent out five alerts giving status updates, including the shutdown of a nearby DART stop and adjacent streets.

“When you’ve got a system like Rave, it really connects the dots and we can get a message out immediately.”

DDI switched to Rave Alert in 2018 after its mass notification system provider Rapid Notify was acquired by Rave Mobile Safety.

“Rave was a big upgrade for us,” Cramer noted. “We’ve had a mass notification system for 15 years. Rapid Notify was pretty dated, so Rave was a big step up for us.”

Rave Alert’s advantages included a user interface that was much easier to use and more options to create messaging. Cramer said before the switch to Rave, it was challenging to create messages because of the character limit, and they couldn’t be created in HTML. “All we could do was use a text message. The previous system would send a text-based message but not in HTML and a text-to-speech voice call, so it didn’t have all the capability or come close to what we have now,” he added. “It got the job done, but it was not nearly as user friendly as Rave Alert is.”

DDI shares Rave Alert with the Dallas Police Department’s Office of Emergency Management (OEM). Cramer and three DDI administrators, along with OEM personnel, send out messages. DDI is responsible for emergency alerts, while OEM sends out notifications about preplanned events, such as parades and protests.

“If it’s a critical nature, we send out the message immediately,” Cramer said. “We’re pretty nimble and concerned about our immediate neighbors. From the private sector side, they want to know immediately because they’ve tuned to social media and that information can spread quickly.”

“When you’ve got a system like Rave, it really connects the dots and we can get a message out immediately,” he added.

One feature Cramer appreciates is the ability to develop message templates ahead of time for different scenarios, including road closures. It currently has 20–30 precreated templates and it only requires a DDI or OEM administrator to fill in the basics, such as dates, times and what streets are affected in a particular alert.

According to Cramer, the City of Dallas averages about 300 protests a year. “There are often marches through downtown,” he said. “The thing about protests is that they not only tie up traffic, but you never know if the situation could turn out to be a 7/7 type of event. If you have 10,000 people marching through downtown, sometimes things go wrong.”

7/7 refers to July 7, 2016, when a gunman ambushed police officers in downtown Dallas as a peaceful protest against nationwide officer-involved shootings was ending. Four Dallas Police Department officers and one DART officer were killed. Nine police officers were injured.

“A mass notification is a trusted message, where social media is great but there’s so much misinformation,” Cramer said. “Anybody can post on Twitter, Facebook and Instagram. You can’t trust it to be accurate. Coming from DDI or local government, you can trust that messaging.”

“There’s a fiduciary responsibility of property owners and operators and city governments to communicate timely critical information that’s going to impact people in those private properties or something that’s going to impact the entire city,” he added. “Nowadays, you don’t have time to wait for a public statement, you need to send out an immediate notification. Something that’s impactful and that’s the real value of Rave Alert to send out something that quick. To get that information out, you’re basically saving lives to a certain extent by getting that information out to the proper authorities and building operators.”